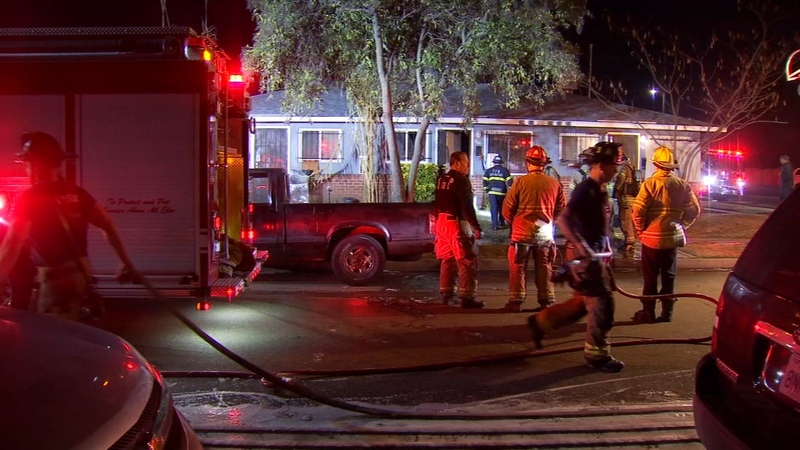 FRESNO, Calif. (KFSN) -- A pair of heroic neighbors are being credited with saving a central Fresno apartment complex from burning to the ground.

A large kitchen fire broke out in an apartment near Yosemite and Nevada avenues around 12:30 Sunday morning.

When firefighters arrived and entered the unit -- they found the flames had already been mostly put out.

That's because a pair of neighbors smashed a window to get into the burning apartment -- and then used a fire extinguisher to knock the flames down before crews arrived.

Firefighters are crediting those neighbors with the big save.

"If that fire had been able to get going, a lot of people would have been displaced tonight," says Fresno Fire Battalion Chief MIke Gilbert. "The neighbors who expelled that distinguisher probably saved this entire complex."

Firefighters say this is a perfect example of how effective fire extinguishers can be in knocking down flames and limiting damage.