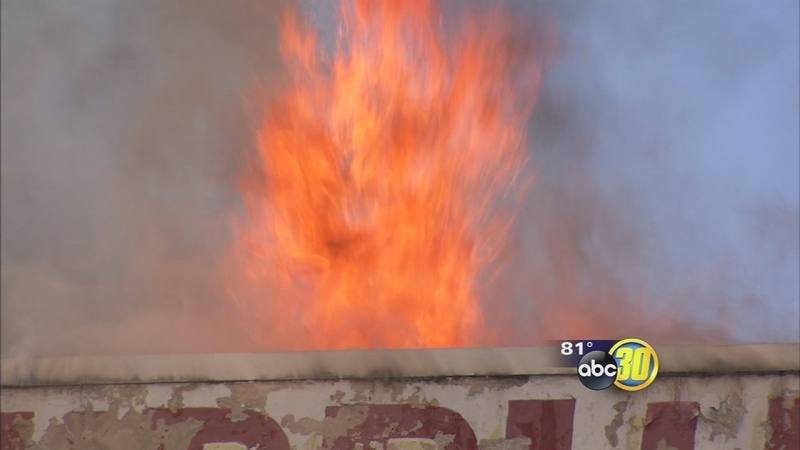 The first fire broke out just after 9 a.m. near Van Ness Avenue and Los Angeles Street. Firefighters saw heavy smoke coming from the roof and took a defensive approach to protect nearby structures. They were able to contain the flames, but the building was a total loss.

Fire in Downtown Fresno at Los Angeles and Van Ness

Shortly after, another fire was reported at a two-story building near Cedar and Monterey. It was also contained before noon. But the double response in the triple-digit heat made for a difficult day.

"This is a concern though as we go forward in the next few months. It's likely going to be 104 today. These firefighters work in very hot, strenuous environments. I just plead the city members and community residents to be mindful of safety," said Fresno Fire Chief Kerri Donis.

The cause of each fire is not yet known, but investigators do not believe they are related.