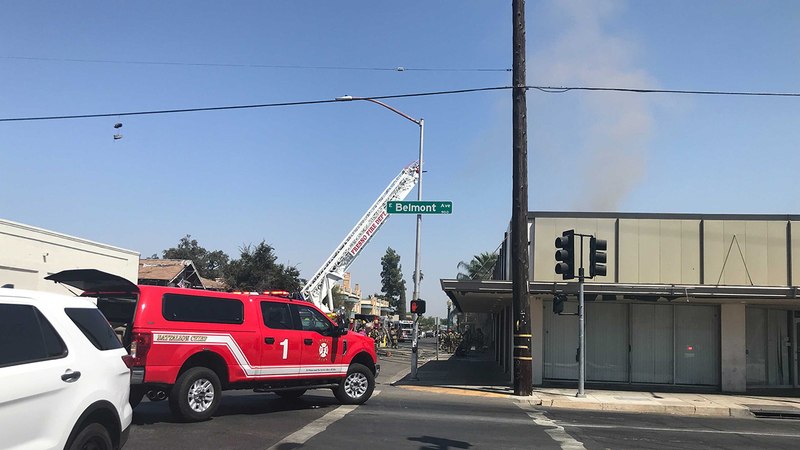 The fire was first reported shortly after 11 am at a building on Belmont Avenue and Fulton Street.

When fire crews arrived, they found flames coming from the roof. Firefighters were able to quickly douse the flames.

Investigators say it appeared that people may have been living inside the building.

While clearing out the structure, firefighters found a loaded shotgun inside. The gun was turned over to authorities.

Police have closed the intersection of Belmont and Fulton while crews work to mop up the rest of the fire. Drivers are asked to avoid the area.