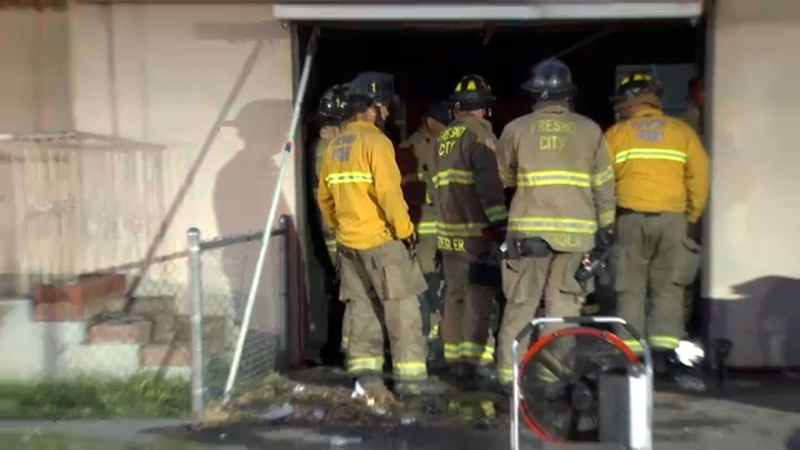 FRESNO, Calif. (KFSN) -- Authorities are working to determine what sparked a fire inside a garage at an east central Fresno home on Monday morning.

It happened just before 5:30 am on Chestnut Avenue near McKenzie Avenue.

Fire officials say a person walking by the home saw the smoke and called 911. When crews arrived, they quickly put out the flames.

DEVELOPING NOW: is out Fresno Fire says a garage fire in East Central Fresno is being investigated as possible arson. The Battalion Chief says five people were inside the state-run halfway house on McKenzie and Chestnut. They were able to escape. pic.twitter.com/4I6NyocTe9

Five people were inside at the time of the fire. Firefighters helped get everyone out.

Investigators say it appears the fire started near a couch. They were told someone had been staying in the garage but was asked to leave on Sunday.

An arson investigator is working to determine an official cause of the fire.

No one was hurt, and there was no major damage to the house.

Authorities have northbound Chestnut Avenue closed while crews continue their investigation. Drivers are advised to avoid the area.