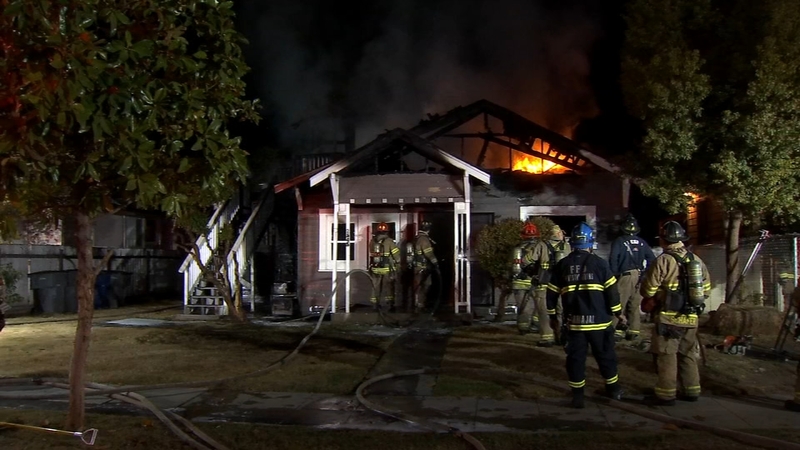 FRESNO, Calif. (KFSN) -- Firefighters say vacant structure fires continue to be a major problem as another home went up in flames in central Fresno.

Crews were called out to the abandoned home near Belmont and Fresno just after 1 am Friday.

When they arrived, the flames had already burned through the roof of the house and were threatening neighboring homes.

Firefighters quickly got a hold of the flames and found no one inside the home.

Investigators say it's the second time they've been called to this same home in recent nights.