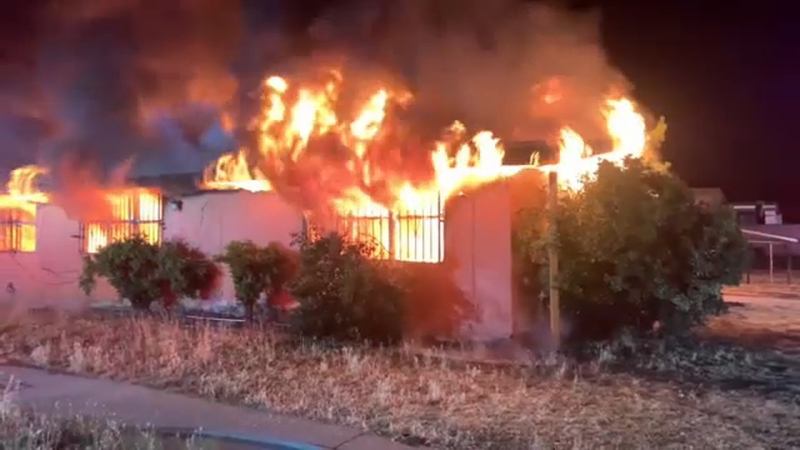 Our ABC30 Downtown Fresno Skycam showed the massive plume of smoke and flames coming from MLK and Garrett Avenues.

The fire broke out sometime after 3 am in an abandoned home and it was a very aggressive blaze.

Crews were able to douse the flames before fire spread to neighboring homes or lots.