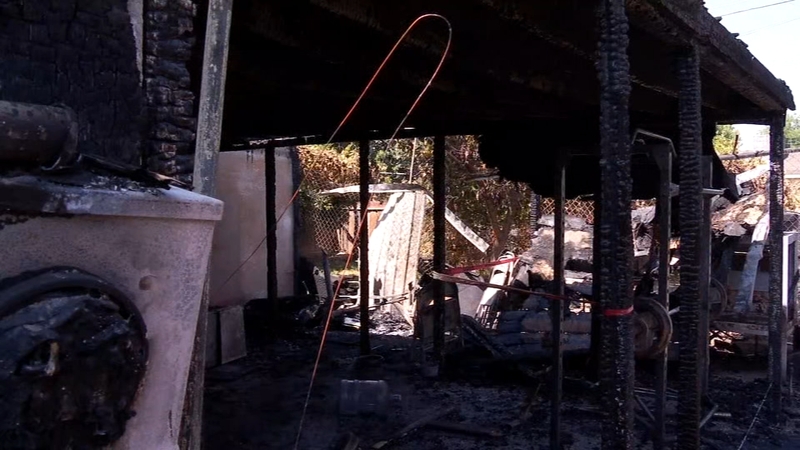 FRESNO, Calif. (KFSN) -- Two dozen Visalia firefighters responded to the house on North Hall Street just after midnight on Sunday as 4th of July fireworks lit up the night.

It took them about 40 minutes to control the fire. But the flames and smoke caused significant damage to the home-the home where Yadira Amezquita grew up.

When the fire broke out, Yadira was the only one in the home still awake.

While listening to music, she noticed the power went out, so she went to turn it back on.

"So as I was going to the backyard, as soon as I opened the door, all the heat, and the flames, it hit me," Amezquita said. "So, it burned me a little right here, some of my hair."

Yadira knew she had to wake her family up and get them out.

Everyone escaped, though her father suffered some burns to his face and hand.

The family believes illegal Fourth of July fireworks likely ignited the fire, which started in the backyard.

"So it's most likely from the next block where the illegal fireworks (came from)," she said.

Even before the fire, Yadira's family was having a hard time. Her mother and brother tested positive for COVID-19.

Now, they face a new challenge-coping with the loss of the family home and finding a new place to live.

"A lot of memories," Amezquita said. "Still trying to process this, but all we can do is stay positive."