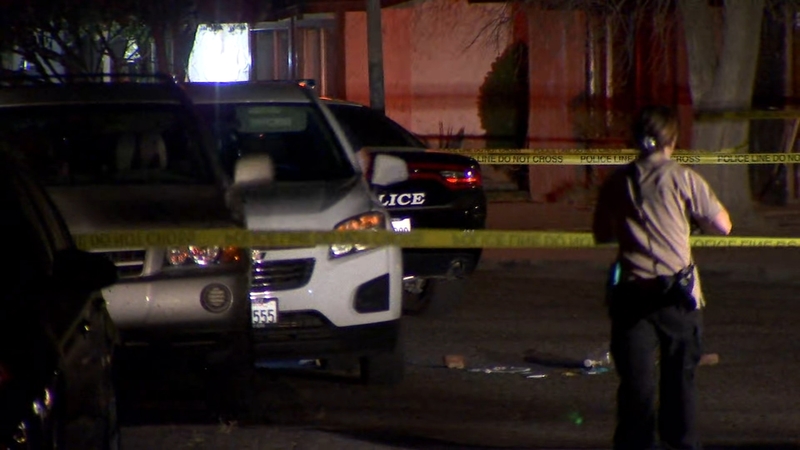 FIREBAUGH, Calif. (KFSN) -- Some Firebaugh neighbors stood outside their homes on Thursday night, watching as detectives walked in and out of crime scene tape, investigating how a man died near Cardella and Tucci Streets.

He initially thought the sirens were for a medical call.

He couldn't believe deputies were holding flashlights, trying to piece together clues into a homicide on his street.

The Fresno County Sheriff's Office says this all started just before 5 in the evening.

Firebaugh Police were called out to the area to help a pedestrian who was hit by a car.

After officers arrived, they instead found an unresponsive man sitting in the driver's seat.

"They took the male outside the vehicle and started CPR. Fire arrived and pronounced the man deceased," says Sgt. John Alvarado of Firebaugh Police.

Officers reportedly received tips from people nearby who saw them leave the scene.

Investigators believe those four people are somehow connected to the vehicle.

However, at this time, it is unclear how.