The Clovis Fire Department has created a GoFundMe account to help Lori Einem rebuild her home.
KFSN
By Alyssa Flores 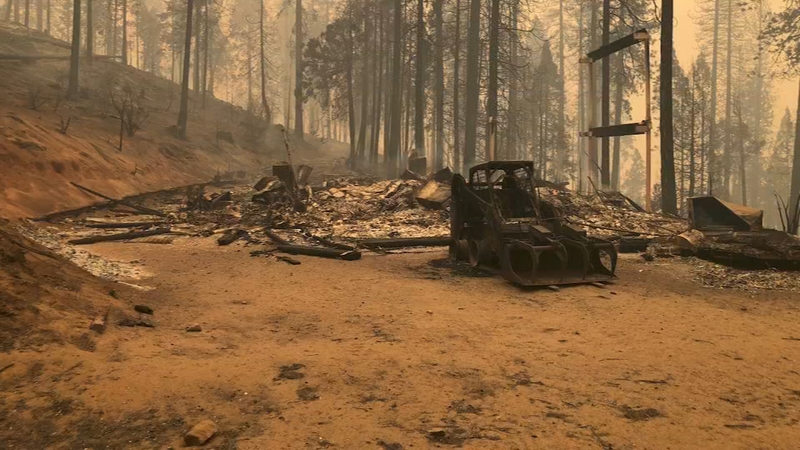 CLOVIS, Calif. (KFSN) -- For the first time in her 12-year fire career, the Creek Fire put Clovis firefighter Lori Einem and her family on the other side of an evacuation order.

"Usually I am on the opposite side. I actually felt like I should be out on this fire. I should call in. And then my heart and my motherhood tells me I need to be here with my kids and my family and make sure they are safe," she says.

She and her family evacuated their Pine Ridge home on Monday.

That night when Lori heard word that the fire was moving in on Cressman's General Store, she knew her home was next.

"There were 200-foot flames and basically the whole mountain was on fire," she says.

Lori's fellow Clovis firefighters, helping out on the Creek Fire, delivered the news she'd been dreading.

"They were able to send me a picture of my house and it was no longer standing - rubble and ashes," she says.

The house built by her husband, along with his contracting business next door, are both gone.

The family, like so many others, is left with nothing.

Another resident, Craig Jenkins, who lost his home in the fire, says, "I feel like I just got sentenced to life in prison in aspects because I lost everything and I have nothing to show for."

Lori says she's most heartbroken for her boys.

"All their stuff is gone so that part for me was a little bit harder," she says.

But it's the kids who are optimistic about rebuilding.

"My husband is a contractor and he can build anything so they basically know that dad is going to take care of it," she says.