Park rangers will reopen Yosemite Valley tomorrow morning, but you still will not be able to get there on Highway 41.

Crews are still cleaning up this route, but we saw some of the first visitors trickling back into the park today.

On the buses and in the big trees, the thrill is back at Yosemite National Park. Or, at least some of the thrill.

For the first time in three weeks, the sign at the entrance says "open", the skies are mostly blue, and a small number of tourists are checking out the majestic views.

"We've heard it is closed for the tourists but now we are very happy merely just for us it was opened," said Wlodzerzm Wrobl/Krakow, Poland

The only sights to see Monday are under the shade of Mariposa Grove of Giant Sequoias.

Park rangers say the crowds are small, but tourists from all over the world are taking advantage and feeling lucky just to get this far after the long closures.

"I checked online the website of Yosemite Park each day this week just to understand if possible this day to see Yosemite Park," said Dario Cundari/Pisa, Italy

Just past the iconic Big Trees Lodge the former Wawona Hotel the road is closed while crews clean trees and brush.

The Ferguson Fire burned into the park as it torched more than 96,000 acres. Firefighters say they have it 86 percent contained.

It is still burning in a small steep canyon area near Elephant Rock, but they laid sprinklers there and hope to have it fully surrounded by the end of the week, which has everyone breathing easier.

"As you can see, the air quality is improving. Everybody breathes better when the smoke gets out of the air, firefighters and the public, so we're enjoying this cleaner air," said Ferguson Fire Information Officer Tom Efird. 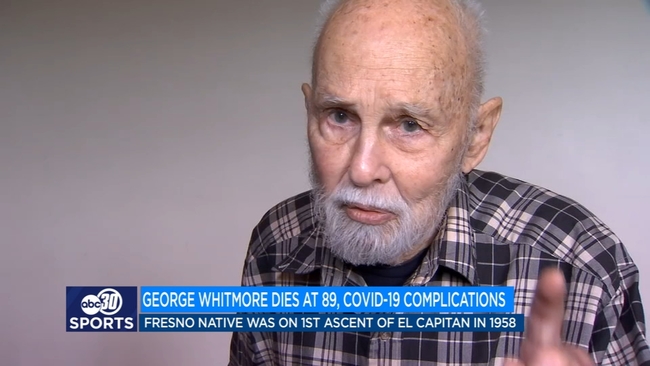 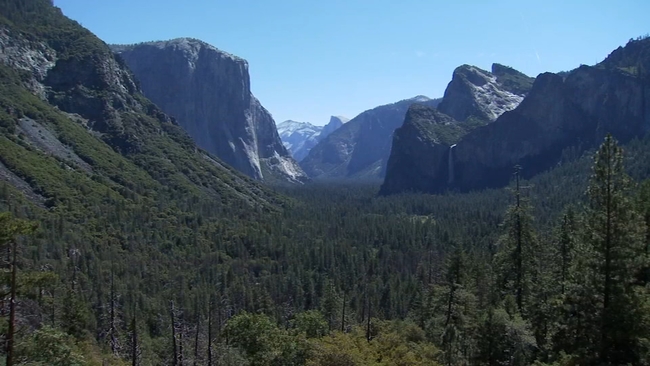