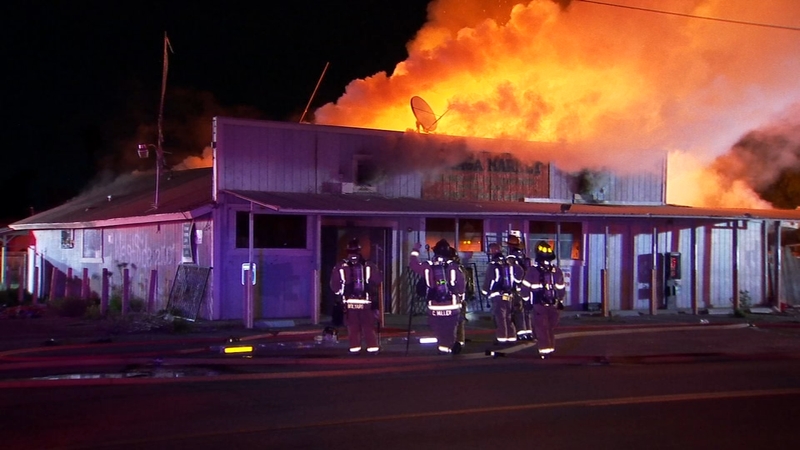 FRESNO, Calif. (KFSN) -- Firefighters are investigating to determine what sparked a blaze at a vacant business in Fresno County on Monday night.

The fire was reported around 10:30 pm on Orange and American Avenue, just south of Fresno.

Fire crews say the building was the old Malaga Market, and it had not been open for some time.

Flames were seen for miles, and the blaze quickly engulfed the roof before the building burned to the ground.

Crews say finding a plentiful water source in the area was a challenge.

"Out here in the rural area, we're dealing with water tenders, and as you can see, with the fire involvement that we went into, we went into a defense operation very quickly," said Fire Battalion Chief Jeremiah Wittwer.

Firefighters say homeless people had been known to frequent the building, but it's not known if that's in any way connected to the fire.