KGO
SAN FRANCISCO -- Eight former command staff members of San Francisco Fire Department's Station Two, who were reassigned to different firehouses after a sexual harassment scandal in 2016, are suing the city and the fire department, alleging that they were wrongfully retaliated against and discriminated because of their gender.

The incident grew out of complaints filed by a female firefighter who claimed she was harassed for months. The charges included feces smeared in her bathroom and that someone urinated in her bed.

The plaintiffs, who spoke exclusively with ABC7 News immediately after filing the suit, deny harassing the firefighter and say they had nothing to do with the examples she gave to the department of human resources, which conducted a subsequent investigation.

ABC7 News is not releasing her name because she is not a defendant in the lawsuit.

"We didn't do anything wrong here," said Captain David Thompson. "We did our jobs but we were punished for it."

Their lawyer, Raven Sarnoff, says the city investigation was anything but fair.

The fire department conducted an investigation that seemed designed to find otherwise.

"There is a truth to this story," said Captain John Rocco. "And we're here hoping that the truth is heard."

The eight command staffers charge the investigation was "not fair or impartial" and that the rookie female firefighter was actually involved in a long intimate relationship with Battalion Chief Sam Romero, who was in charge of the station.

The group says Romero, who is also being sued, gave the female firefighter "preferential treatment" and that their relationship interfered with the work of other more senior firefighters, some of whom supervised her training and performance. They claim the relationship created "a hostile and abusive" work environment which "endangered the firefighters' safety."

"Yes, he protected her to a certain extent," said Thompson. ""I felt uncomfortable to the 10th degree with regard to training this individual based on the possible workplace retaliation by my battalion chief."

They say their complaints to the department about the relationship and its effect on morale fell on deaf ears.

The plaintiffs tell ABC7 News their transfers shamed and embarrassed them and it affected their personal lives and the lives of their families and friends by raising questions about their integrity.
"There's a lot of shame that goes with it," said Lt. Dan Molloy. "And not just to me but to my family."

The reason, they say, for filing suit, is to "right the wrong" that was done to them and their reputation.

When asked what he hopes to achieve through the lawsuit, Captain Luis Ibarra-Rivera said, "The truth, clear our name."

ABC7 News has asked the fire department and other defendants for a response.

The department of human resources tells ABC7 News the details of the investigation, by law, are confidential; but that it "reacts swiftly" to issues involving sexual harassment.
Report a correction or typo
Related topics:
san franciscosffdsexual misconductlawsuitsexual harassmentfirefighterssex scandalcalifornia
Copyright © 2021 KGO-TV. All Rights Reserved.
CALIFORNIA 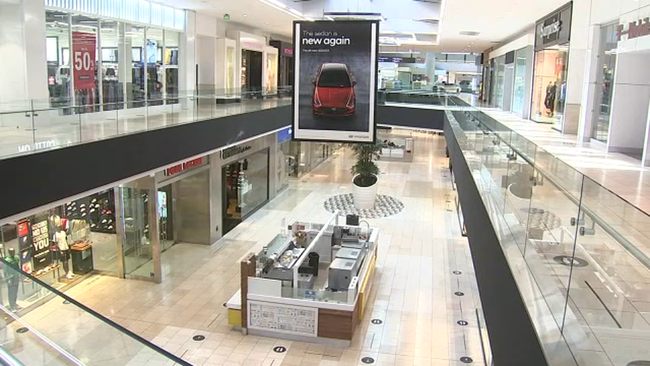