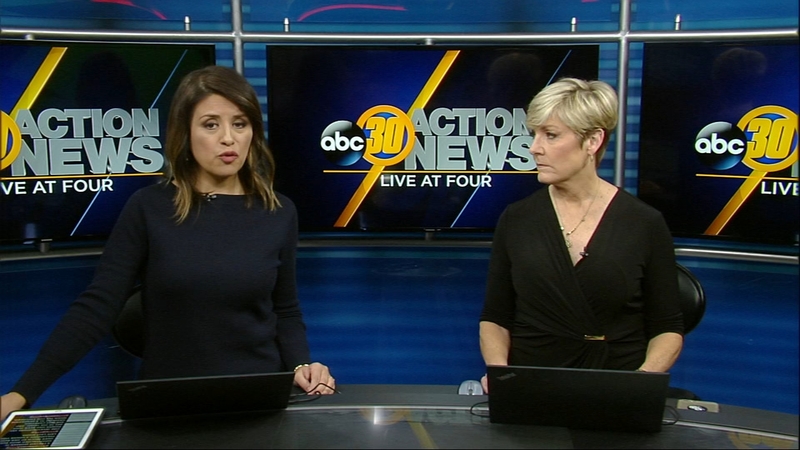 The fire in Central Fresno was caused by a woman carrying a container of gasoline through the house to fuel a generator in the back yard. Fresno Fire Investigator Jay Tracy says power to the home had been turned off and candles were burning for light.

"In her traipsing through the room she dropped the gasoline that spilled on the kitchen floor, came in contact with an open flame, and the vapors ignited, and that's where she suffered the burns."

The burns covered at least 40 per cent of her body. Firefighters found the woman unconscious on the front lawn. She is hospitalized in serious condition. Another man in the house sustained minor burn injuries. Fire investigators aren't sure if the 3 or 4 people in the house were supposed to be there. Tracy says fire fighters called police when they found marijuana and cash inside.

"We are getting into situations constantly where people are moving into vacant homes so thats on ongoing battle for us, this situation we're not sure if they were supposed to be int he home or not."

In another fire, in Fresno County, three people were hurt in a blaze that destroyed a mobile home and sent a family of five fleeing through the flames. Fresno County Fire Battalion Chief Dennis Smith explains;

"The occupants to exit the structure had to go through an area that was heavily involved, a lot of hot gasses and the radiant temperatures, radiant heat was affecting them as they got out of the structure."

Smith says the mother and two children were injured and taken to the hospital for treatment.

"The burns as far as I was told the burns were not extremely bad but obviously with any burn injury you take all precautions get them to the hospital get em checked out and treated."