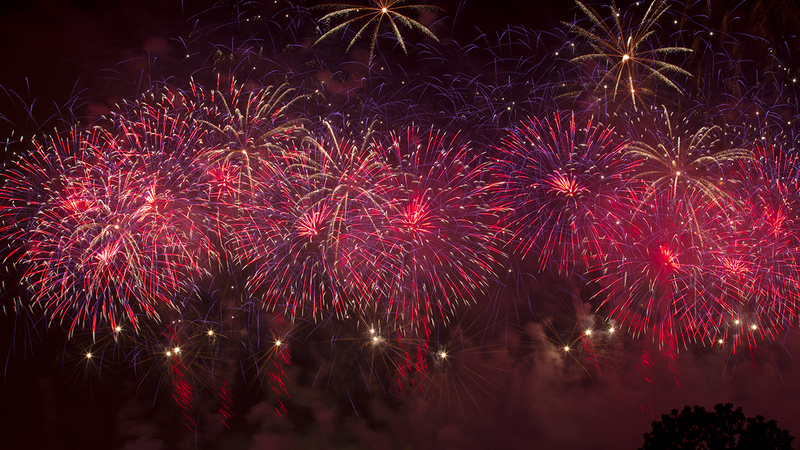 This bust was the culmination of what CAL FIRE Fresno County says was their busiest 4th of July in years.

They had more than 75 illegal firework complaints and that number doesn't include the more than 20 fires they responded to all sparked by fireworks.

Over the holiday weekend, jaw-dropping cellphone video showed the moments of panic when a Parlier neighborhood's 4th of July festivities took an abrupt turn for the worse.

The flames so hot they damaged the home, melted nearby cars.

Once the family living in the home was brought to safety the community sprang into action.

One neighbor says people were in the backyard with two firehoses from a nearby church trying to douse the fire.

CAL FIRE investigators confirmed this was one of 22 fires started by fireworks.

Of the 75 illegal firework complaints in Fresno County, CAL FIRE and law enforcement seized 125 pounds of illegal fireworks and that's not including their biggest bust yet.

Investigators were tipped off about a trailer hauling 9,400 pounds of illegal fireworks from Idaho.

They were able to track the trailer down in Truckee, before closing in on the culprits on South Elm Avenue, in the city of Fresno.