Christopher Montoya owns 10 Fit Republics across California but his north Fresno location is the only one that remains open.
KFSN
By Jason Oliveira 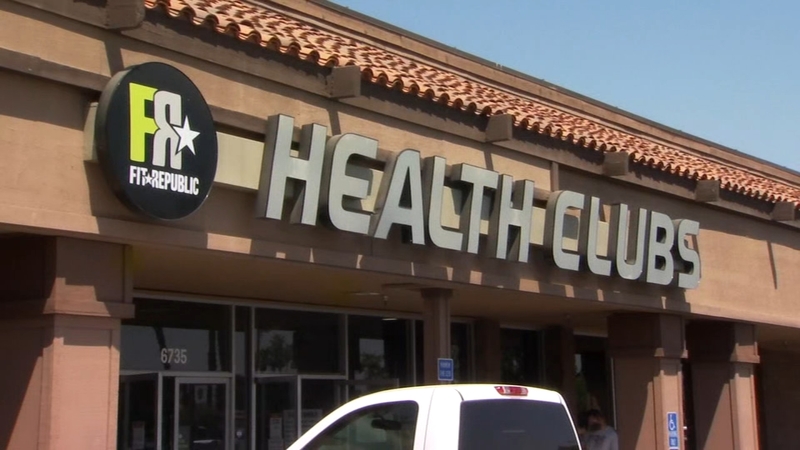 FRESNO, Calif. (KFSN) -- A local gym owner is making a statement by going against Governor Newsom's orders on July 13th to shut down.

While other gyms have remained closed, the Fit Republic at Herndon and First is defying the governor's order by keeping its doors open

Montoya owns ten Fit Republics across the state but his north Fresno location is the only one that remains open.

He believes people need to exercise - especially during a pandemic - so he's committed to keeping his gym open for as long as he can.

"We've reached out to the city, we've sent emails asking them to come in see what we're doing so that we can open up all the clubs in town," said Montoya.

Montoya admits City officials have asked him to comply with the governor's order to close but for now he's not backing down.

He says Fit Republic is taking extra precautions for the safety of members and staff.

Everyone who enters the building must first get screened and temperature checked before they're allowed to work out with a mask on.

"We have tons of cleaning stations and at night we do a full cleaning and a wipe down of everything," he says.

Members we spoke to said they're not worried about catching COVID-19 at the gym.

They're just happy there's a place open that allows them to workout during the pandemic.

"I feel safe, I mean they're doing the same things I do before I go into work so as long as they're taking the precautions and extra measures then I'm ok with that," said one gymgoer, Benjamin Ramirez.

As of right now, the gym will continue to serve its more than 3,000 members with operation hours similar to those before the pandemic began.
Report a correction or typo
Related topics:
health & fitnessfresnogavin newsomfitnessgymcoronaviruscovid 19
Copyright © 2021 KFSN-TV. All Rights Reserved.
COVID-19 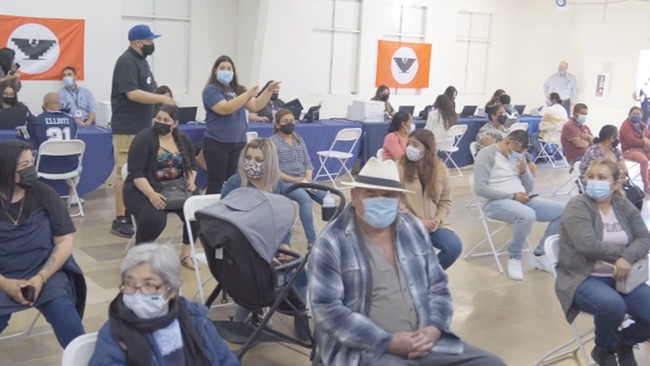