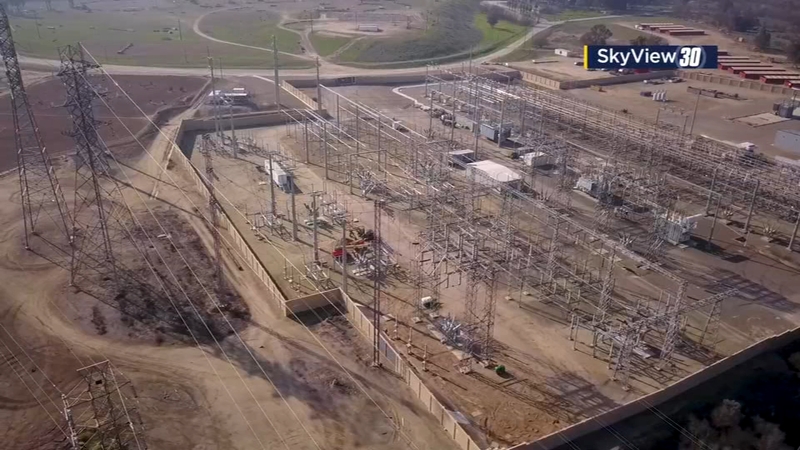 The goal is to take stress off of the state's power grid.

The state's energy grid was tested Friday evening as temperatures reached 111 degrees in parts of the Central Valley.

A recorded message to PG&E customers warned of potential outages as California's Independent System Operator watched the demand for power across the state reach near capacity.

No outages were necessary Friday, but the Flex Alert was extended through Saturday.

"There's no coolers like, they ran out. All they have is just fans," said Adriana Marquez, who was shopping at Home Depot. She settled on a couple fans.

"They're small, so it's probably not going to throw like a lot of air. But, you know what? It'll help out," Marquez said.

Another man was grabbing parts for an air conditioning unit he plans to help install for a friend Saturday morning.

"We installed a cooler but it won't work, and installed a lot of fans also, but it don't do nothing, you know," said Maher Ibrahim.

The heat didn't stop everyone from being outside.

"Soccer, nothing really scares us off. That's the beauty of the game," said Ozziel Rios.

They had packed coolers and were planning to take extra breaks.

Nearby, some of the player's children cooled off at the splash pad.

Others in town decided to ditch the heat altogether.

"We were like super hot in the house and we were like 'What can we do to enjoy some time together, but like in the fresh?' and we were like 'Movies. Movies is perfect.'" Karla De La Riva said as she and a friend headed into Regal Cinemas at Manchester Mall.

She even packed a blanket just in case it was too cold in the theater.

If you're headed out of town to beat the heat this weekend, CalTrans suggests checking your vehicle fluids and tires.

They also suggest packing water and keeping your cell phone charged just in case you get stuck on the side of the road.

Everyone is being asked to conserve energy Saturday between 4 and 9 p.m.

Officials suggest, if you have any laundry to do or if you want to run the dishwasher, do it before the Flex Alert starts.