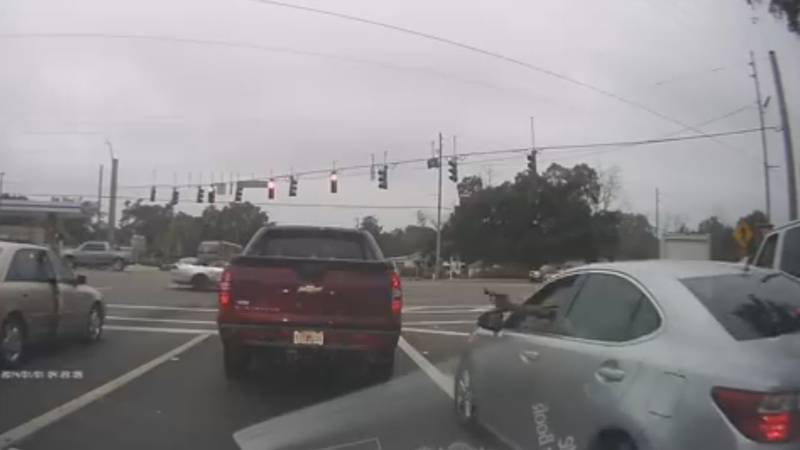 PENSACOLA, Fla. (KFSN) -- Authorities in Florida have released a dramatic dashcam video that shows a shootout between the passenger of one car and the driver of another at an intersection near Pensacola.

The footage was captured about noon Monday by a camera inside a third vehicle that was stopped at a red light.

The Escambia County Sheriff's Office released the video, which shows the first gunman opening fire while driving a silver Lexus sedan. As the Lexus stops briefly, a man gets out of the targeted gold Toyota and crouches behind a pickup truck.

The second shooter then jumps to his feet and fires off at least two shots at the Lexus while it speeds off. He then reenters on the passenger's side of the Toyota, which also drives away.

No one was injured, but a 2-year-old and an 8-year-old were inside the Toyota at the time of the incident.