Flu season will be 'much worse,' up to 400K additional hospitalizations predicted, study says 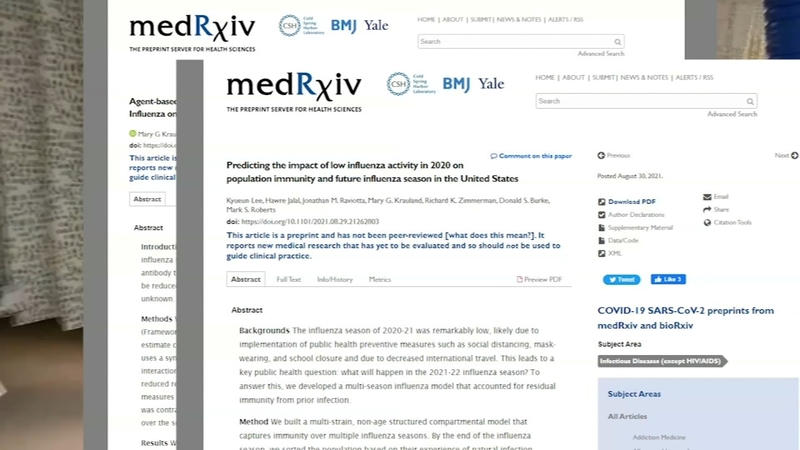 SAN FRANCISCO -- Doctors warn this flu season will be a bit of a doozy.

Two studies, not yet peer reviewed, but recently published in the medical preprint database MedRxiv predicted the same. One study that analyzed population immunity for the flu across several decades suggested there could be an additional 100,000 to 400,000 flu-related hospitalizations this season compared to an average year.

STUDY TWO:Predicting the impact of low influenza activity in 2020 on population immunity and future influenza season in the United States

"I think the estimates are right on target," said Chin-Hong. "But it comes with some level of uncertainty about how bad it could be... but that it will be worse for sure."

How much worse? Chin-Hong says it's still unclear since we don't have population immunity from the flu last year.

The coronavirus has several similarities to the flu, but there are also key differences.

"The reason why we are not sure is because we don't have information from other parts of the world, because not everyone had bad flu last year," said Chin-Hong.

Usually scientists will look at flu cases in the Southern Hemisphere where the winter season just ended to help predict what may happen in the U.S.

Rutherford is hopeful our current flu season won't be as bad as we think. He highlighted an example out of Australia where there's only been 483 cases, no deaths, and fewer than 10 percent of flu tests were positive throughout their entire winter season.

RELATED: Doctors suggest we should have waited longer between doses of Pfizer, Moderna vaccines

"That's very low activity," Rutherford said. "If we can get by with something like that, I'd be very happy that we've dodged a bullet."

But as the saying goes, he added 'anything can happen' - we can't be too careful.

"Everyone needs to get their flu shot and their COVID booster," he said. "Because if we do have a COVID surge and a flu surge on top of it. It creates all sorts of extra pressure on hospitals."