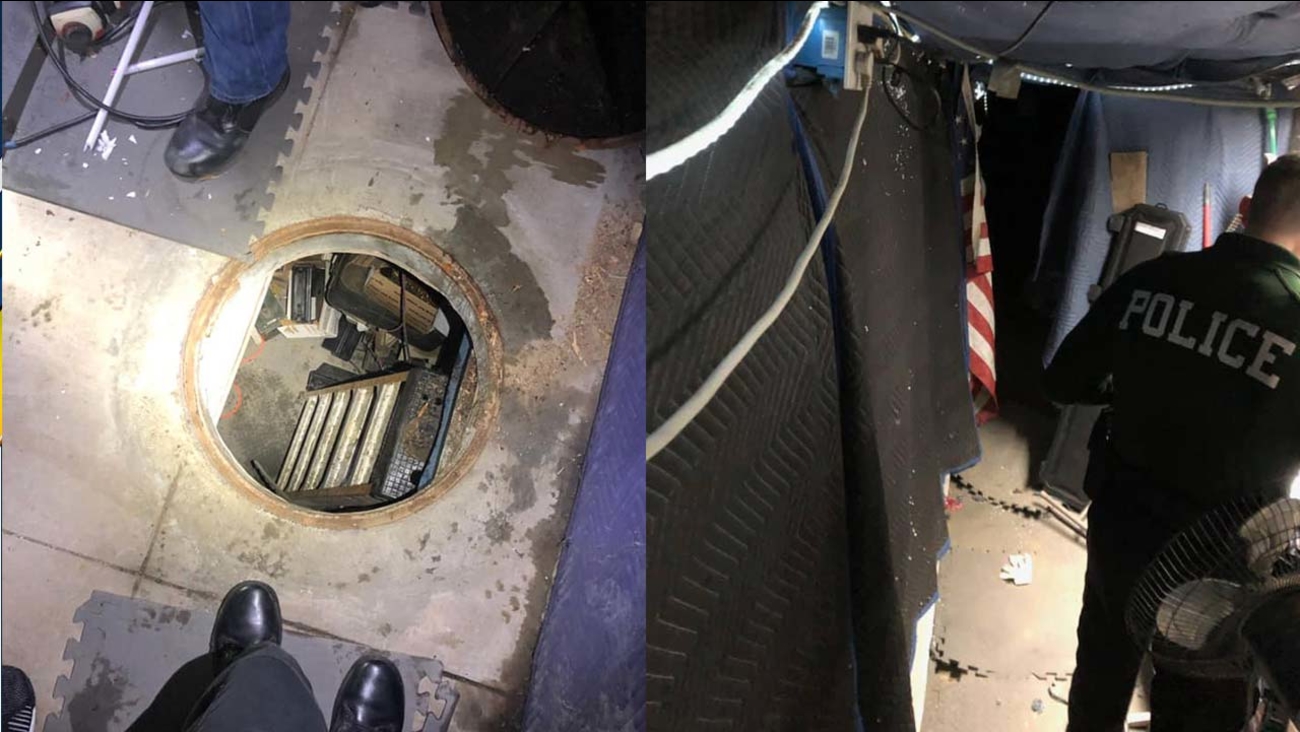 But when authorities in Fontana lifted it up, they made a shocking discovery - it was a trapdoor opening into a secret underground hiding place.

But wait, there was more.

Beneath that hiding place was another hidden level being used as a shooting range. On that level, members of Fontana Police Department's SMASH unit found thousands of rounds of ammunition, including a 100-round drum for an AR-15 rifle.

The operation started out as a search of the residence of a known gang member on Thursday night, Fontana Police said, adding that they booked the suspects at the residence and took the ammunition.

Fontana Police couldn't resist leaving a cheeky message for evildoers on their Facebook page - "We strongly recommend that you put as much effort as you did in your underground cave, into becoming a productive member of society. You will thank us later for this advice."
Report a correction or typo
Copyright © 2022 KFSN-TV. All Rights Reserved.
TOP STORIES
Loved ones grieve for Missy Hernandez at Fresno vigil
Tax filing season starts Monday. What to expect for 2022
Fresno's famous 'dancing teacher' appears on Ellen Show
5 tax changes that can boost your refund this year
Man hospitalized after shooting in northwest Fresno
Suspect opens fire at birthday party full of teenagers in Clovis
Fauci optimistic omicron will peak in February
Show More
Rescuers use sausage dangling from drone to lure runaway dog to safety
Arnold Schwarzenegger involved in multi-vehicle crash
Deputies investigating armed robbery at Tulare Co. convenience store
President Biden appoints Fresno leader to head USDA post
How a 73-year-old grandmother outwitted a scam artist
More TOP STORIES News