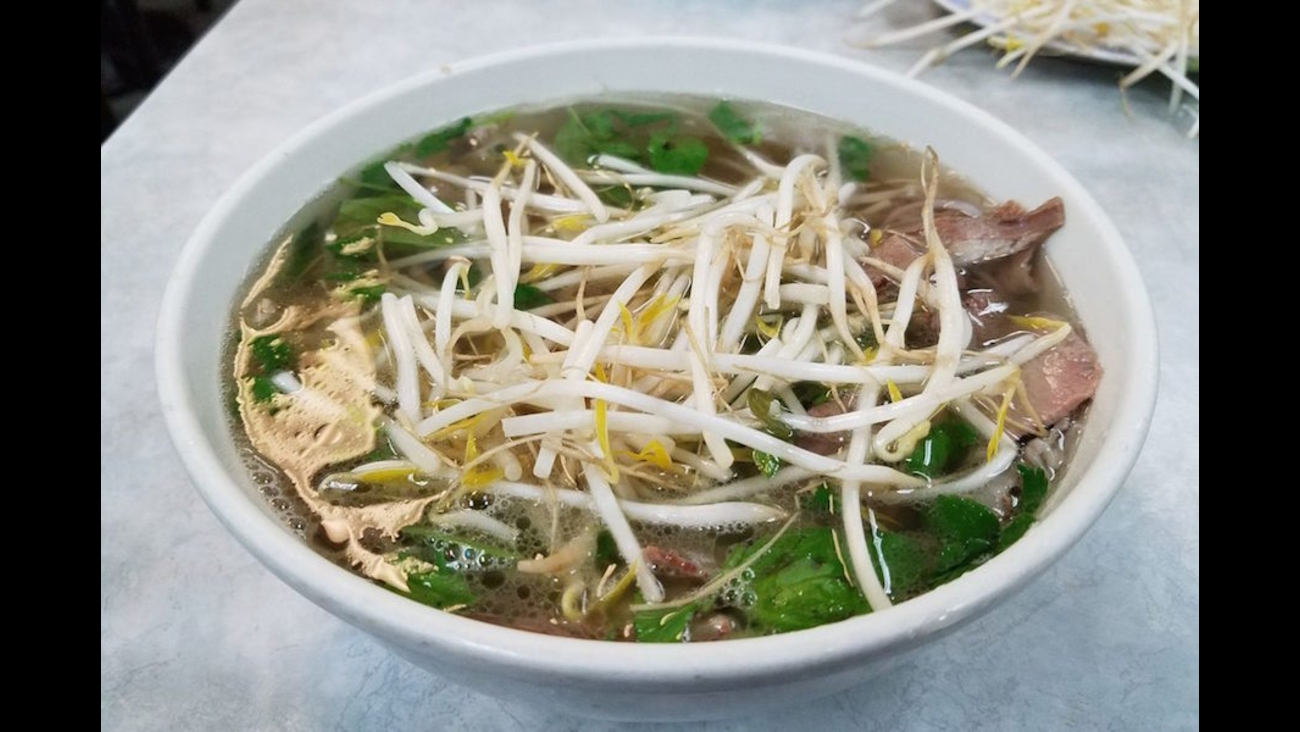 Ready to celebrate Lunar New Year? On Feb. 5, families around the world take part in the celebrations for Tet, the first day of the Lunar New Year -- and spring -- for Vietnamese families. To kick off the celebration, families gather at home or at a favorite restaurant on New Year's Day for a reunion meal, featuring specialities that include dua hanh (pickled spring onions), banh chung (sticky rice with meat or beans wrapped in leaves) and boiled whole chicken.

If you're looking for a feast to celebrate the Year of the Pig with friends and family, Hoodline has crunched the numbers to find the top Vietnamese restaurants in Fresno, based on Yelp ratings and our own methodology. Happy Lunar New Year!

Topping the list is Pho Fresno. Located at 3111 N. Maroa Ave. in Central Fresno, the Vietnamese spot is the highest rated Vietnamese restaurant in the city, boasting 4.5 stars out of 89 reviews on Yelp.

Next up is Southeast Fresno's Pho Phuong Nine Restaurant, situated at 4903 E. Kings Canyon Road, Suite 107. With four stars out of 158 reviews on Yelp, the Vietnamese spot has proven to be a local favorite.

Pho 99, a Vietnamese spot in East Central Fresno, is another go-to, with four stars out of 93 Yelp reviews. Head over to 3141 E. McKinley Ave. to see for yourself.

Over in East Central Fresno, check out Nho Cafe, which has earned four stars out of 55 reviews on Yelp. You can find the Vietnamese spot at 3145 Mayfair Court.
Report a correction or typo
Related topics:
food & drinkfresnohoodline
More Videos
From CNN Newsource affiliates
TOP STORIES