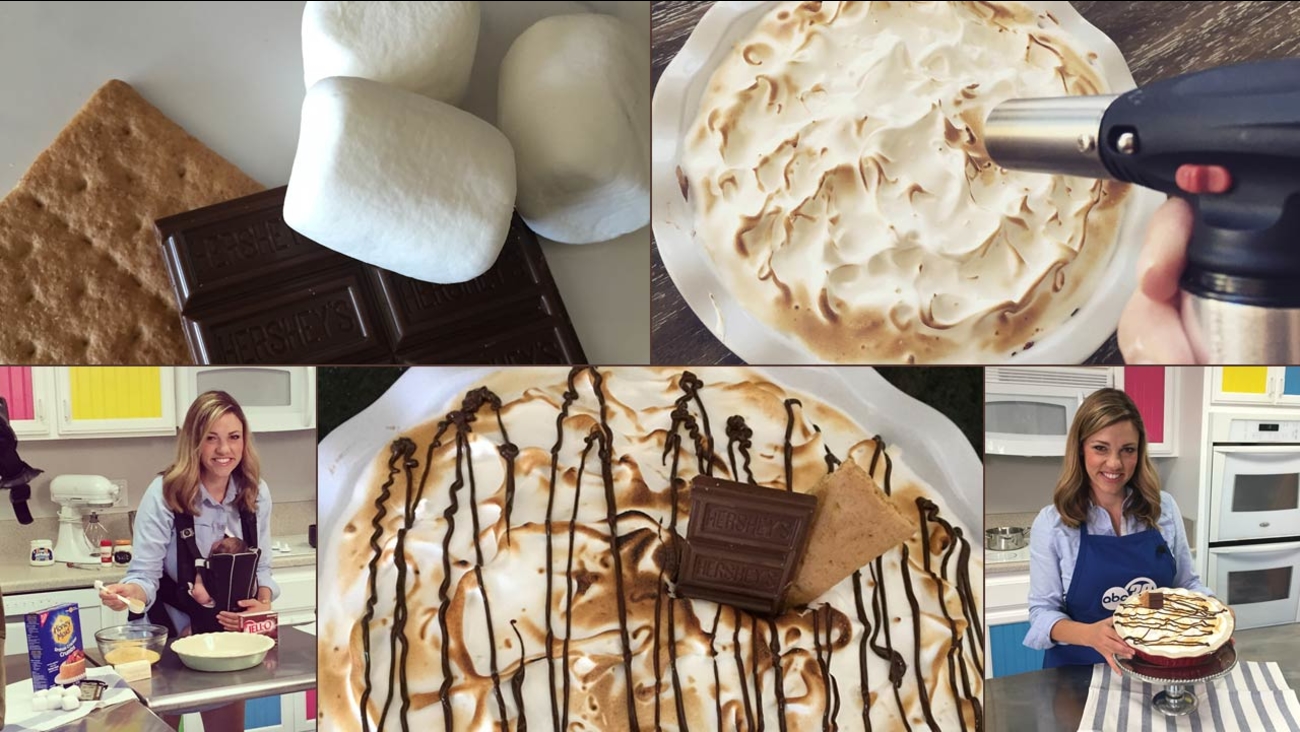 The taste of a campfire favorite that can be made in your kitchen! 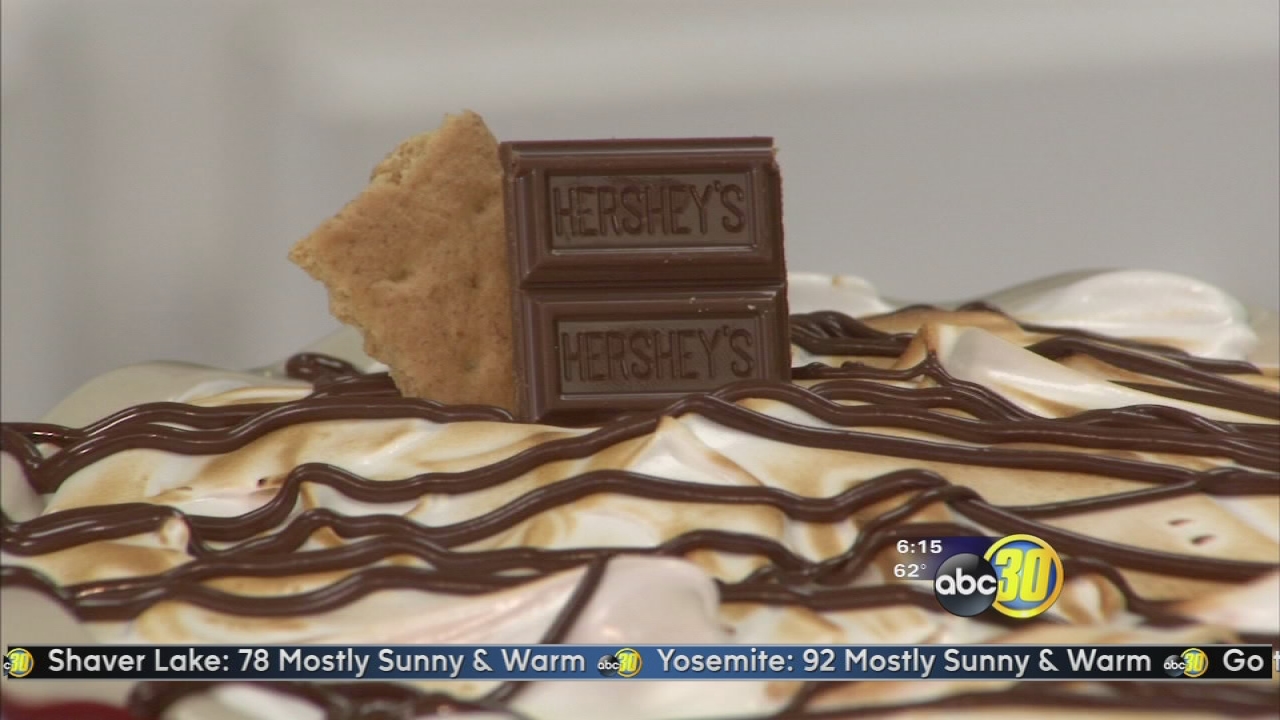 Chef Shayna Smores Pie
The taste of a campfire favorite that can be made in your kitchen!
Directions

1. Prepare Graham Cracker Crust:
In a medium bowl stir together crumbs, brown sugar and salt. Melt Butter and combine with dry ingredients until the crumbs are fully covered and have a sand like consistency. Pour into a 9" pie dish and pat into an even layer along bottom and the side. Bake at 350 degrees for 15 minutes. Remove and let cool completely.

2. Chocolate Pudding:
In a saucepan mix together first 5 ingredients,with 1 cup of milk and bring to a simmer. Add in chocolate bar and slowly stir in remaining milk, maintaining a simmer and constantly whisk for several minutes. The mixture should thicken. Remove from heat and stir in butter and vanilla. Transfer to a bowl, cover with saran wrap, and place in refrigerator to cool.

3. Marshmallow Meringue
In a haat tolerant bowl (preferably a stand mixer bowl) stir together egg, sugar, salt and cream of tartar, place the bowl over a pot of boiling water (creating a double broiler). Whisk together until the sugar dissolves and the temperature reaches 145 degrees. Remove from the heat and beat on slow until foamy. Add in Marshmallow cream and beat on med/high until glossy, stiff peaks form. This will take several minutes.

Make the Pie:
Layer cooled pudding into Graham Cracker Crust, spreading until even. Spoon the Meringue topping onto the pudding layer, sealing any gaps to the crust. Using the back of a spoon create texture in the meringue. With a kitchen torch brown the meringue or put in oven on broil for 3 minutes or until browned.
Related topics:
food & drinkchef shaynarecipedesserts
Copyright © 2021 KFSN-TV. All Rights Reserved.
CHEF SHAYNA 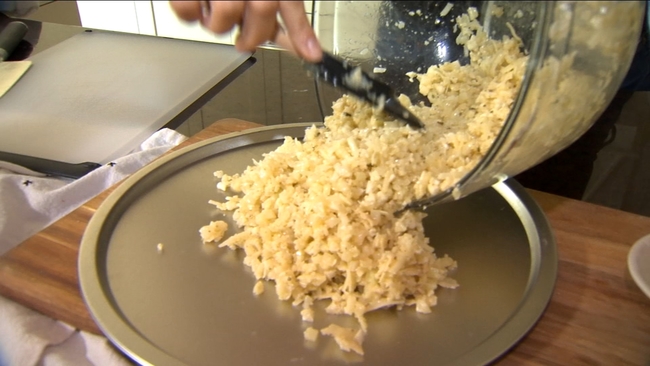 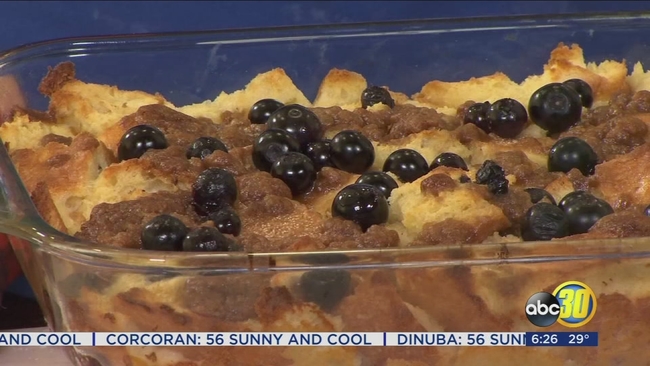 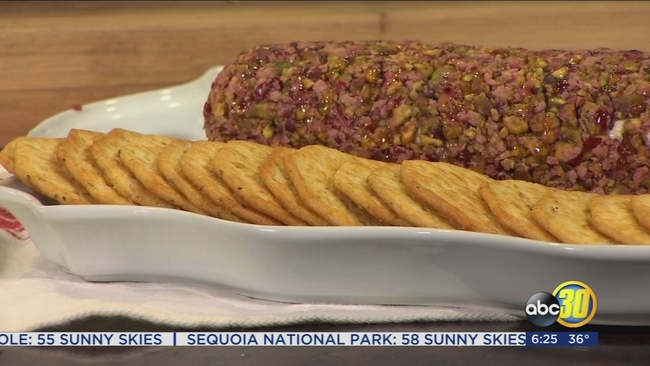