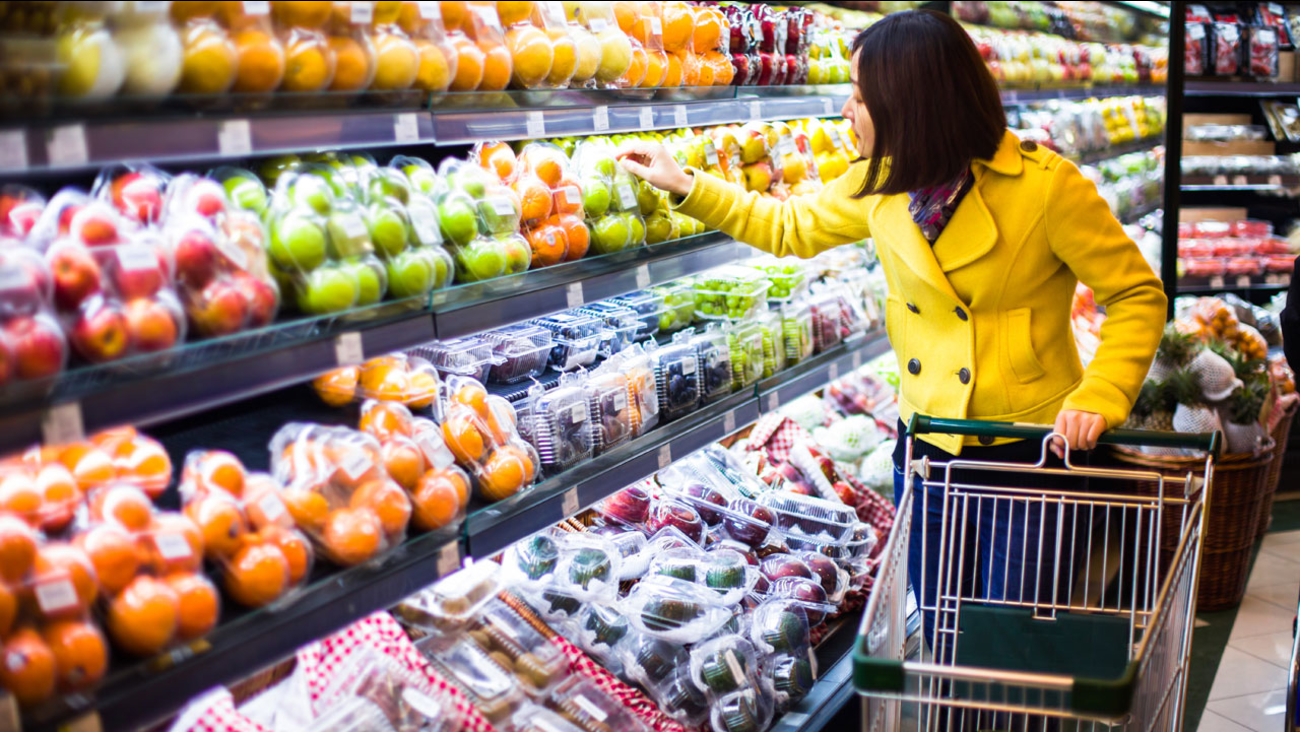 A woman shops for groceries in a stock photo. (Shutterstock)

NEW YORK -- Routine food inspections aren't getting done because of the partial government shutdown, but checks of the riskiest foods are expected to resume next week, the Food and Drug Administration said Wednesday.

The agency said it's working to bring back about 150 employees to inspect riskier foods such as cheese, infant formula and produce. FDA Commissioner Scott Gottlieb said the agency can't make the case that "a routine inspection of a Nabisco cracker facility" is necessary during the shutdown, however.

The FDA doesn't oversee meat and poultry and those inspections are continuing.

Gottlieb said FDA inspections would have ramped up this week for the first time since the holidays, so the lapse in inspections of high-risk foods will not be significant if they resume soon. He said his concern would grow if those inspections were halted for several weeks.

The FDA conducts about 8,400 domestic inspections a year, or an average of 160 a week, Gottlieb said. He said about a third inspections are at places that handle high-risk foods. Factors that determine whether a food is more susceptible to contamination include the type of food, how it's made, and the facility's history of violations.

The FDA oversees about three-quarters of the food supply, including packaged foods and produce. The agency said all imported foods will continue to be inspected and that critical functions, such as monitoring for food poisoning outbreaks, remain up and running. Sampling of some foods such as frozen berries for contamination has also continued, Gottlieb said.

The Centers for Disease Control and Prevention, which helps with tainted food outbreaks, is not affected by the partial shutdown and on Wednesday said the E. coli outbreak linked to romaine lettuce appears to be over . The FDA said its investigation into that outbreak will also continue.

The Department of Agriculture has said its inspections of meat, poultry and processed eggs will continue, and that 89 percent of its food safety employees are still working. Restaurants are overseen by local health agencies.

Sarah Sorscher, deputy director of regulatory affairs at the Center for Science in the Public Interest, said the FDA's short-term lapse in routine food inspections isn't a cause for worry, but will be if the shutdown continues.

"That's more and more issues they're potentially not catching," she said.

She said a long shutdown could hinder the FDA's work on implementing new food safety standards .