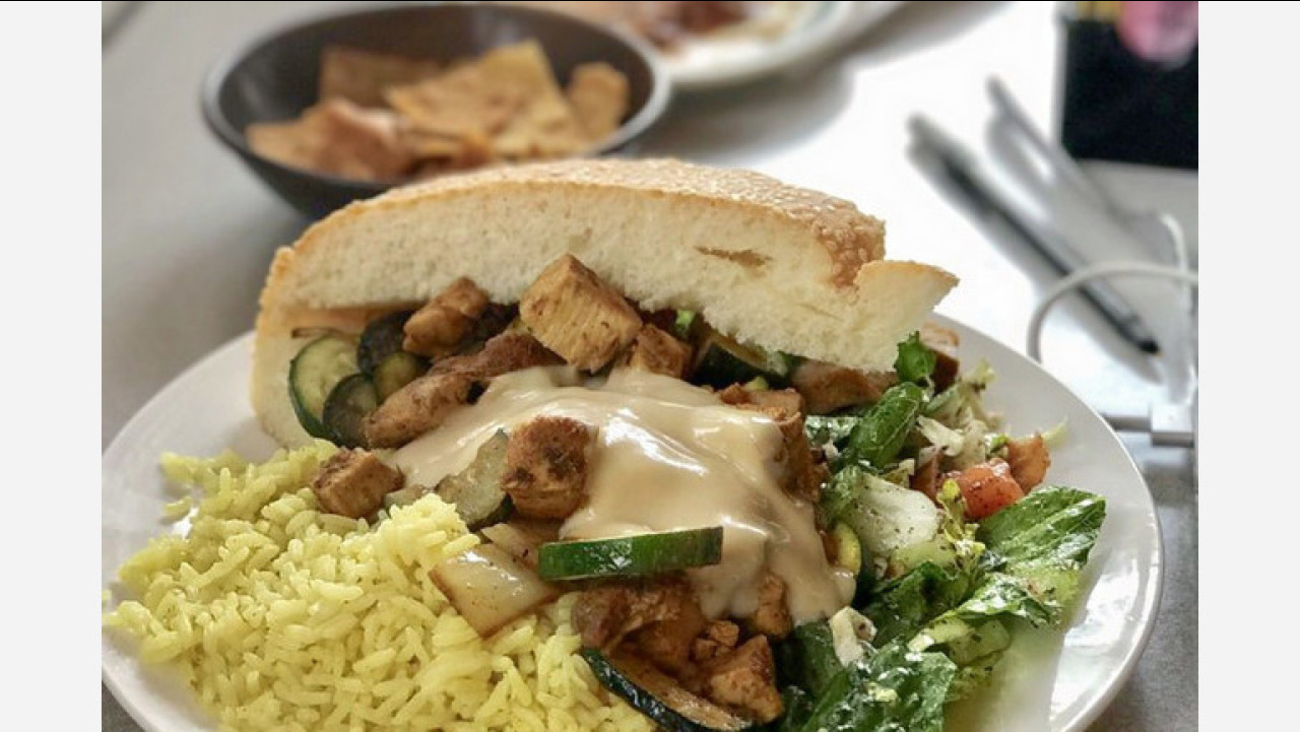 In search of a new favorite Mediterranean spot but don't want to blow your monthly budget? With these wallet-friendly restaurants, you don't have to choose.

Hoodline crunched the numbers to find the best affordable Mediterranean restaurants around Fresno, using both Yelp data and our own secret sauce to produce a ranked list of where to venture next time you're on the hunt for a tasty doner kebab or chicken gyro wrap.

Topping the list is Churrasco Grill. Located in northeast Fresno at 1901 N. Gateway Blvd., Suite 101, the Lebanese eatery is the highest rated affordable Mediterranean restaurant in the city, boasting 4.5 stars out of 265 reviews on Yelp.

Yelpers praise the family-owned restaurant's fattoush salad, which can be topped with chicken, beef or gyro meat, as well as the complimentary hummus and salsa with pita chips. Churrasco also offers wraps, kebab plates and even burgers.

Next up is Berlin Street Grill, situated at 7059 N. Cedar Ave. With 4.5 stars out of 259 reviews on Yelp, the Mediterranean joint modeled after the fusion-food street stalls popular in Germany has proven to be a local favorite for those looking for an inexpensive option.

From the menu, Yelpers recommend the lamb and beef doner (Turkey kebab) sandwich, but other options include the currywurst (a sliced bratwurst served over German fries and drizzled with curry ketchup) and tandoori chicken kebab plates.

DOY Grill, located at 7675 N. Blackstone Ave. with a second outpost in Clovis, is another top choice. Yelpers give the budget-friendly Mediterranean spot 4.5 stars out of 215 reviews.

DOY Grill specializes in kebab plates that come with rice pilaf, garbanzo beans, pita bread and salad -- with Yelpers praising the generous portion sizes. Ask for a side of eggplant moussaka or spicy beef tantuni (thinly sliced stir-fried beef served in a flatbread wrap) to round out your meal.

Mediterranean To Go, a mom-and-pop shop that offers kebab plates, wraps and salads in Bullard, is another beloved, affordable go-to, with five stars out of 48 Yelp reviews.

Yelpers single out the beef kefta kebab plate and the attentive service for special praise. Head over to 5042 N. West Ave. to see for yourself. The business also makes regular appearances at the Fresno and Visalia farmers markets with on-the-go offerings like spinach pockets and hummus.