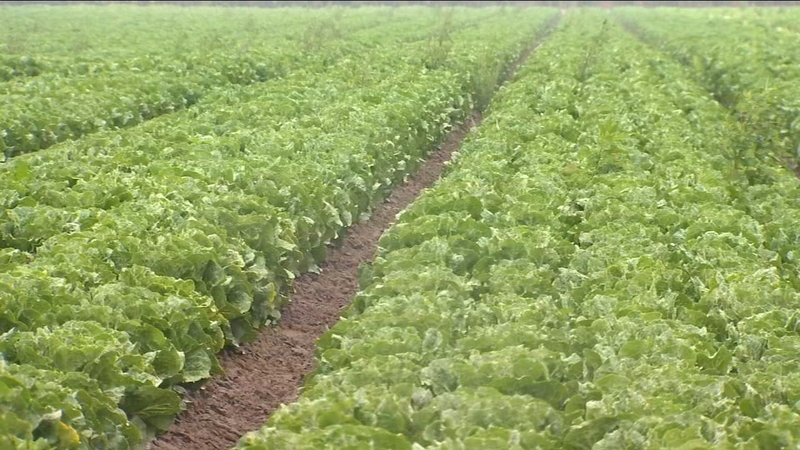 Last week's CDC advisory to throw out any romaine hit the industry hard. The FDA hasn't determined the central coast farm responsible for the E. coli outbreak but has identified six counties being investigated.

A Fresno company was among the frustrated growers which missed out on a lucrative window they won't get back.

Several acres of romaine lettuce in Fresno County were ready for harvest but they won't make anyone's dinner table due to the CDC advisory.

After the muddy fields dry, the heads will be tilled into the soil even though romaine grown in areas outside of the central coast has now been deemed safe.

Baloian Farms CEO Tim Baloian said, "For them to come out and put this broad stroke that all romaine is bad I think was irresponsible. It was damaging and cost us a lot of money."

Baloian said his romaine production has moved out of Fresno and into Coachella. Romaine now headed to retailers will carry new labels showing it was picked after Nov. 23.

Horsfall added, "Product going to the market now is going to be labeled with the region where it was grown so the consumers can be confident that those areas that they're still investigating are not shipping anymore."

Baloian was frustrated because a bar coded food safety trace back system is already in place. He explained, "It's hard to me to believe that they don't know where it actually came from with all the information that we have as growers and shippers."

6,000 boxes of romaine will go unpicked in Fresno.

1300 cartons in cold storage represent canceled orders. Baloian hopes to donate the romaine to the Central California Food Bank. He even suggested consumers stay away from those pre-packaged salads as a precaution. Baloian said, "I don't recall anything happening on whole head lettuce so it would seem to me it's safer to eat to buy your lettuce whole and eat it that way and then cut it up yourself rather than leaving it up to someone else."

But those processed, ready-to-eat salads are convenient and popular.