Former Kingsburg man charged with the murder of his 6-week-old daughter: Police 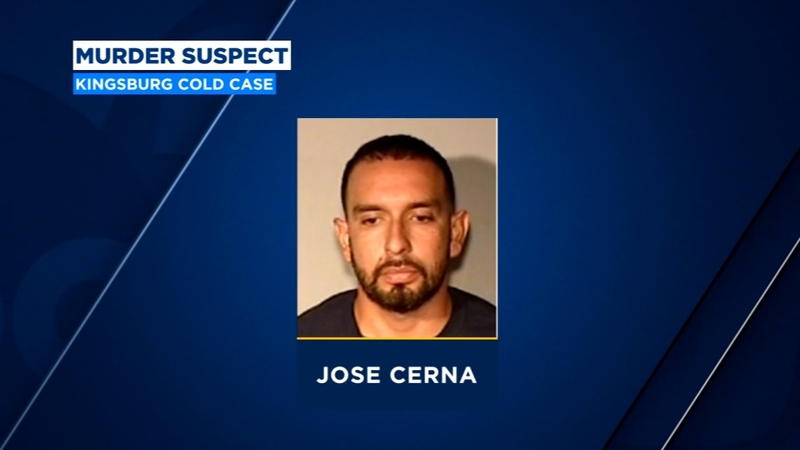 FRESNO, Calif. (KFSN) -- A former Kingsburg resident is being charged with the murder of his 6-week-old daughter, according to detectives.

Jose David Cerna was taken into custody by Long Beach Police on Oct. 30 after Kingsburg detectives issued a warrant for his arrest.

In June 2008, Kingsburg Police began an investigation into Cerna after his daughter died from blunt force trauma to the head at Valley Children's Hospital.

Unfortunately, the initial investigation did not result in a filing by the Fresno County District Attorney. Police say the case was reevaluated in 2016 and detectives began actively working the case in 2018 which resulted in the arrest warrant being issued for Cerna on Oct. 29.

Cerna has since been booked into the Fresno County Jail on murder charges and is awaiting his first court appearance.

According to court documents, Cerna is not a U.S. citizen and is currently being held on $1.5 million bail. Authorities say he has family in Mexico and believe he could try to leave the country.
Report a correction or typo
Related topics:
kingsburgmurderchild killedinfant deathsinvestigation
Copyright © 2021 KFSN-TV. All Rights Reserved.
MURDER