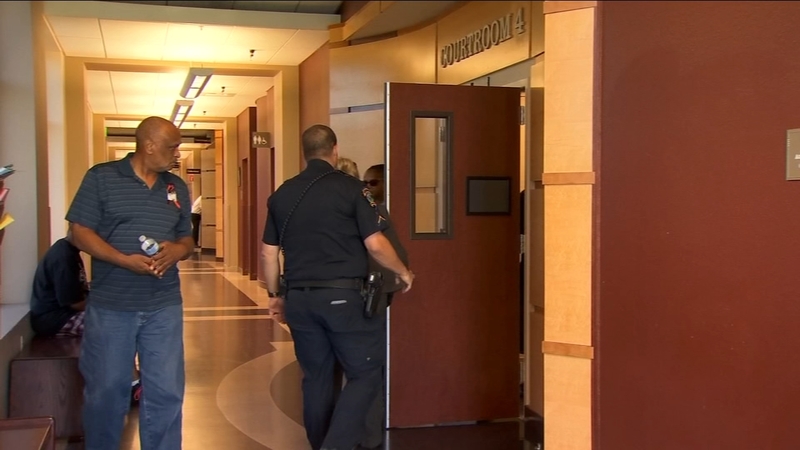 Several Merced police officers testified in court, including a former officer who's being investigated himself.

"It's been 10 years but hearing things that led up to my son's murder, it hurts," said the victim's mother Marylene Riley.

It's the first time Riley is seeing her son, Michael Riley's, alleged killer in court.

Camera's were not allowed in the courtroom, but Jerome Slayton appeared in person to his preliminary hearing on Tuesday.

He is facing murder charges for allegedly killing Riley in 2008 in Merced.

Several Merced police investigators, along with police reports, claim that several confidential witnesses heard Slayton admit to the homicide shortly after he allegedly shot him inside an apartment complex near Loughborough.

One investigator testified that a witness told officers that Slayton confessed to the homicide while in custody.

Defense attorneys, however, say that a confidential witness in the case is pointing the finger to avoid facing time.

"They didn't get the info about Jerome Slayton for more than two years after the shooting because CW 1 who was facing 75 to life says if you cut me loose. I'll tell you Jerome Slayton did it. That's what this case is," said Defense Attorney Ramnik Samrao.

"This isn't a staged production. We have to take the witnesses as we get them and a lot of times in gang cases. The witnesses are gang members," said Carroll.

He was one of the lead investigators in the case before he retired. He's also facing charges for allegedly taking money from the Merced Police Officer's Association.

"There's a lot of interesting testimony from Jospeh Deliman, former police officer, who admitted to embezzlement on the stand today," said Samrao.

While prosecutors don't believe that will impact the case. It's now moving forward to trial.