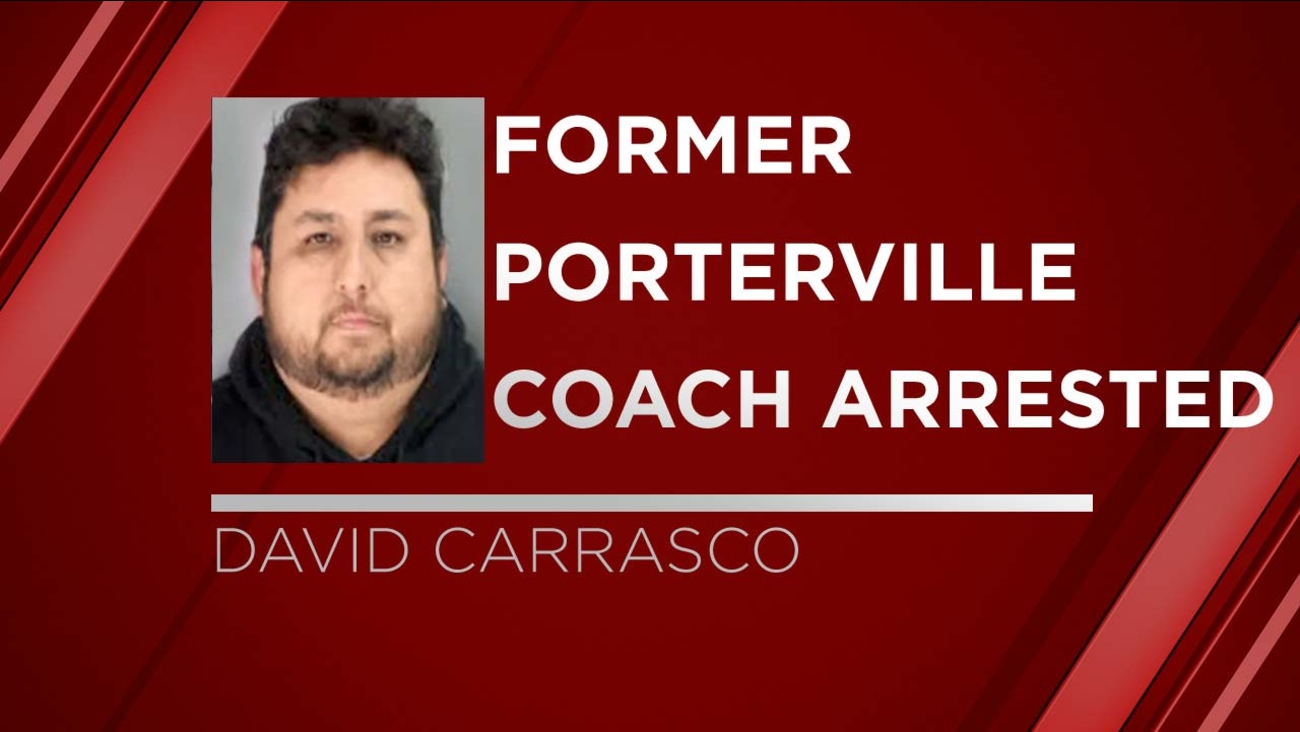 On Tuesday morning, the Porterville Police Department was contacted by an 18-year-old male, who reported a sexual relationship with an adult male that took place over two years prior.

The victim alleged that sometime in 2015 he engaged in a consensual sexual relationship with David Carrasco. At that time the victim was 15-years-old. He also reported that Carrasco offered him for money in exchange for sex.

Detectives of the General Investigations Unit took over the investigation and learned that Carrasco had been arrested by the Tulare County Sheriff's Department for similar crimes in early 2017 and he was currently awaiting trial on that case.

On Thursday detectives contacted Carrasco at his residence and he was arrested without incident. Detectives also served a search warrant at his home, seizing electronic evidence.

Carrasco was booked into the Tulare County Jail where he is being held in lieu of $750,000 bail.

Back in January of this year, the then Porterville High School employee and sports coach was arrested for soliciting a minor, according to the Tulare County Sheriff's Office. Carrasco was arrested after deputies conducted a sting operation where detectives arranged a meeting between him and the minor.