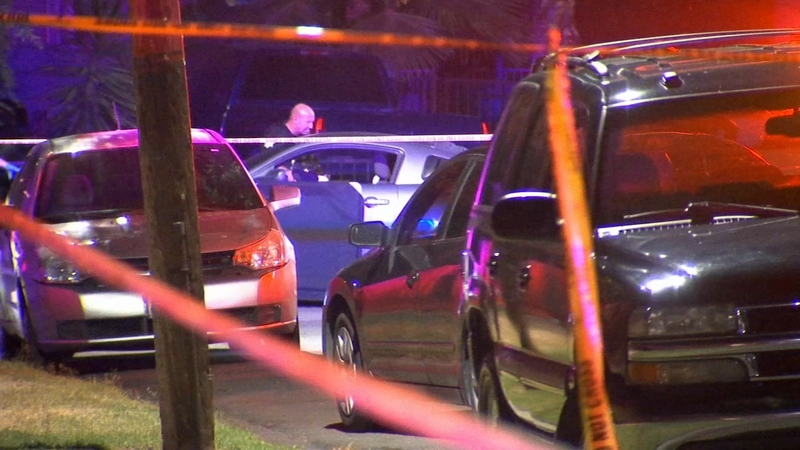 FRESNO, Calif. (KFSN) -- One person is dead, and three others are in the hospital after a Fourth of July celebration ends in gunfire.

It happened just after 10:30 p.m. Thursday on Hamilton near Chestnut.

Police say families were having a block party when a group of people showed up.

Words were exchanged between the groups before they started shooting at each other.

Officers say during the shootout one person was killed and three others were struck by gunfire.

Police say some of the victims left the scene in separate cars looking for help.

They say the same victim who was killed, was also hit by a car.

As for the other three victims, one is in critical condition, and the other two are expected to survive.

No arrests have been made and police are not identifying the victims at this time.