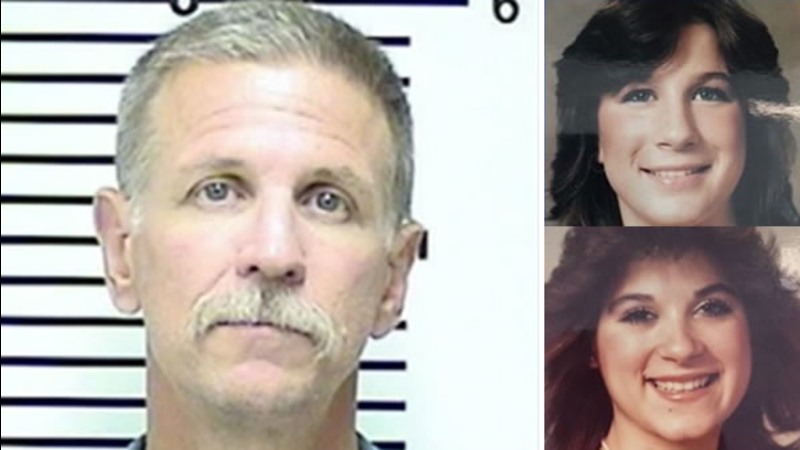 FREMONT, Calif. -- A 57-year-old man who is already in state prison for a 1989 murder has been charged with the murders of two young women in Fremont in 1986, police said Monday.

The filing of charges on Friday against David Emery Misch for the shooting and stabbing deaths of Michelle Xavier, 18, and Jennifer Duey, 20, concludes a 32-year-long investigation into the case.

For more than three decades, Fremont police detectives have always kept a hand on the unsolved double homicide, with investigators refusing to let the case go completely cold.

"Before he actually finally retired, (he) put this box on my desk and said hey kid solve this case," explained cold case homicide Detective Jacob Blass, talking about the moment he officially took on the case.

Detective Blass did just that.

"I've been working this case non-stop for the past two years," he explained.

On February 2, 1986, best friends Michelle Xavier and Jennifer Duey were found dead along the side of Mill Creek Road, a little more than a mile east of Mission Boulevard.

A motorcyclist riding by discovered the women's bodies and called police. They had been shot and stabbed.

"Every time we drive by we think about it," said Alexandra Starr, who lives near the crime scene.

Xavier's car was located 6 miles away in the parking lot of the Mission Valley Shopping Center. Earlier that night, the women had attended a birthday dinner and were last seen around 8 p.m. at a convenience store near Farwell Drive and Mowry Avenue.

Despite persons of interest and interviews, the case temporarily went cold and was suspended until 2016, when a position was created in the Crimes Against Persons Unit to focus on cases like this one.

Evidence had been processed for DNA in recent years.

David Emery Misch went from being a person of interest to the main suspect.

Misch was already serving 18 years to life for a 1989 homicide in Alameda County.

"The statement that he provided to me was something that made me believe he was definitely a big part of this case," said Detective Blass.

Misch is expected to be arraigned on two counts of murder later this week.

Prosecutors also filed five special circumstances murder allegations against Misch -- two for allegedly killing the two women during the course of a rape and three for allegedly committing multiple murders.

Cold-Case Det. Blass speaks to the media about the criminal charges filed by @AlamedaCountyDA in the 1986 Xavier/Duey double homicide. Said these charges wouldn’t be possible if it weren’t for the work of his predecessors & partnership with the DA.
ICYMI - https://t.co/0I5mSu1ddr pic.twitter.com/vIzJrkdPou

"Relief it was nice to know that they finally got the guy," said Starr.

The Xavier and Duey families said they "wish to thank the Fremont Police Department and all of the officers and detectives who worked countless hours during the past 32 years on our daughters' case."

The families said, "We have been in constant contact with them, so we know how deeply they care and how hard they work."

The Xavier and Duey families said, "We wish to extend our appreciation to our many friends in the community who supported us, stood by us, and prayed for us during those most difficult years. Numerous unexpected acts of kindness sustained us."

They said, "We now wait for justice and hope you will continue to keep us in your thoughts and prayers."

Fremont police Chief Richard Lucero said in a statement, "The department is grateful to be able to provide this level of closure and consolation to the victims and our community. Generations of investigators have carried this case and the interest of the families has never faded from their priority over time."

Police say the victims had no contact with Misch prior to the crime.

Fremont police said anyone with information about the case should call their investigative Unit at (510) 790-6911 or email coldcasedetectivefremont.gov. 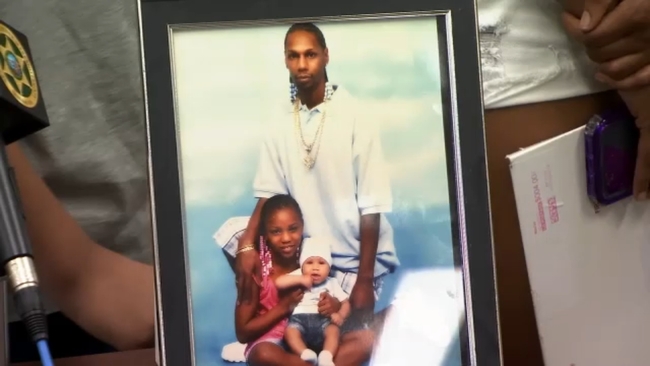