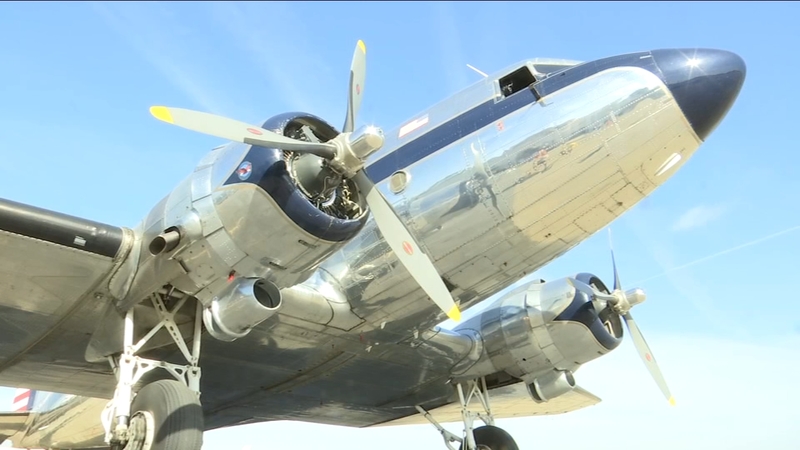 FRESNO, Calif. (KFSN) -- Mable Smith loaded up passengers in her blue stewardess suit hearkening back to a time before TSA.

The star of Saturday's 4th Annual remembers when the classic plane and car show is the Douglas DC-3 they boarded. With the crank of its fixed-wing propeller, the World War II-era plane was ready for takeoff on one of its missions around Fresno.

As the cars and planes on the tarmac, the American Graffiti actors signing autographs, and the analog phone inside the DC-3, this twin-engine plane is a throwback to the old days, but with the luxury interior, General Hap Arnold needed as he tried to carve the Air Force out of the U.S. Army.

"There's a lot of politicking he had to do to create the Air Force and then he moved generals around on it, all around the United States," said Co-Pilot Robin Tatman.

But the good old days are not the only memories flying high at this year's show.

"What better way to recognize Pat than to remember when he was still with us?" said Central Valley Aviation Sharon Schweer.
We caught up with Napolitano just a few months ago, in March, when he flew Triple Ace pilot Col. Bud Anderson into Fresno.

Two months later, he died in a crash in New Mexico.

His friends in the flying community say it feels like he is just on an extended trip and they're waiting for him to fly in.

But they know he won't, so they're honoring him the best way they know how.

"We loved him. We had a lot of fun with him. And we miss him," said Schweer.