Investigators say the robberies occurred within 30 minutes of each other.
KFSN
By Linda Ha 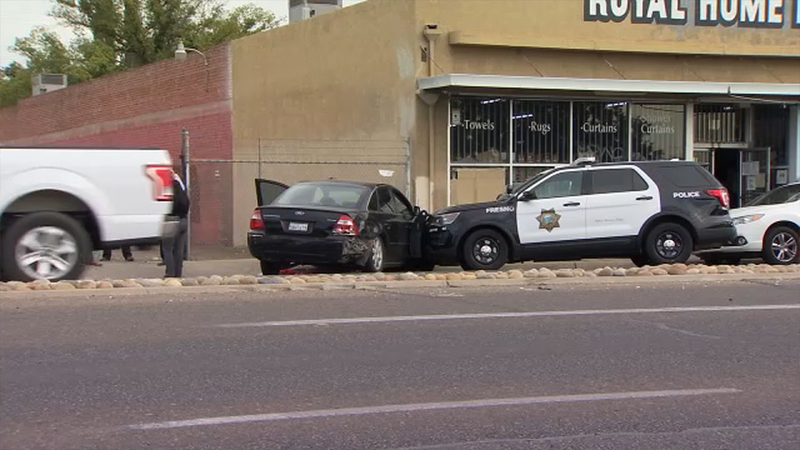 3 teens accused of going on armed robbery spree across Fresno

FRESNO, Calif. (KFSN) -- Police have arrested three teens who led officers on a chase after a series of robberies in Fresno on Thursday morning.

Investigators say it started around 7 am. Officials say the three armed suspects robbed a Valero gas station at Belmont Avenue and Highway 99.

The three teens drove off in a black sedan.

Ten minutes later, officers were called to another robbery in downtown Fresno near P Street and Tulare, where the three suspects ran off with a person's wallet and phone.

Next, the teens took another cell phone from a person near Lyle and 8th Street. Investigators say the robberies occurred within 30 minutes of each other.

Police followed the car for a few miles and eventually rammed it with a patrol vehicle to stop them.

Officers say the three suspects ran from the vehicle. Officers chased them down and brought them into custody.

Investigators say the suspects are between the ages of 15 and 18 years old.

One of the suspects was taken to a hospital but is expected to be OK. No one else was hurt.

On Friday, Fresno police say they recovered they believe were used during the robberies after searching two homes and a vehicle.