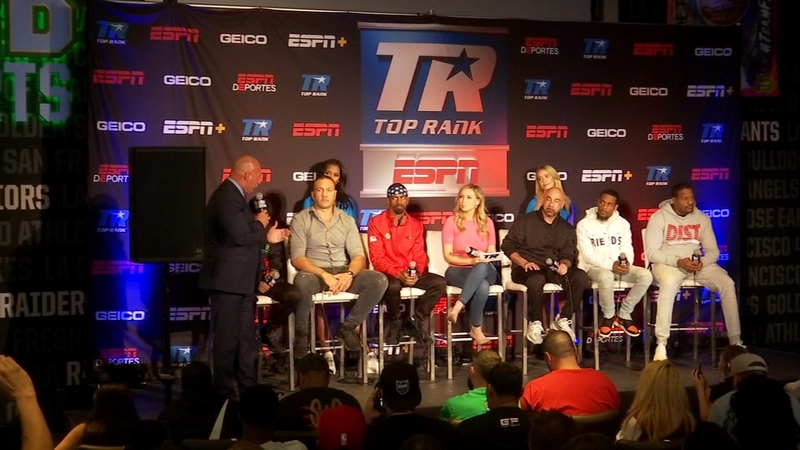 FRESNO, Calif. (KFSN) -- Fresno has long had the largest Veterans Day parade in the country but this weekend a boxing bout will be added to the festivities.

Chukchansi Park will play host and the fight will be on ESPN+.

"It's an outdoor venue which our city, our region has not experienced and when you do a fight in a baseball stadium and you do it right, you'll never forget it," said event organizer Rick Mirigian.

The main event will feature Jamel "Semper Fi" Hearing (20-2, 10 KOs), who is the only Marine world champion, defending his title against undefeated Lamont Roach Jr. (19-0-1, 7 KOs).

"It's definitely great to be a marine and be one of the only marines to be on this type of platform and stage. I have to just be smart. I can't overlook anybody," said Hearing.

"Every time I come to Fresno they treat me really well, it's like a second home to me. I enjoy it here and I feel the love," said Flores Jr.

Former Police Chief Jerry Dyer was also at Thursday's press conference to announce that $20,000 will go to the police activities league to refurbish the boxing gym at Romain playground.

Jose Ramirez won't be fighting in the main event because he is preparing for a mandatory title defense that was just announced. However, the world champion will still be at Chukchansi for the fight where he will be doing a meet and greet with fans.

The pride of Avenal will take on former titleholder Viktor Postol on February 1, 2020.