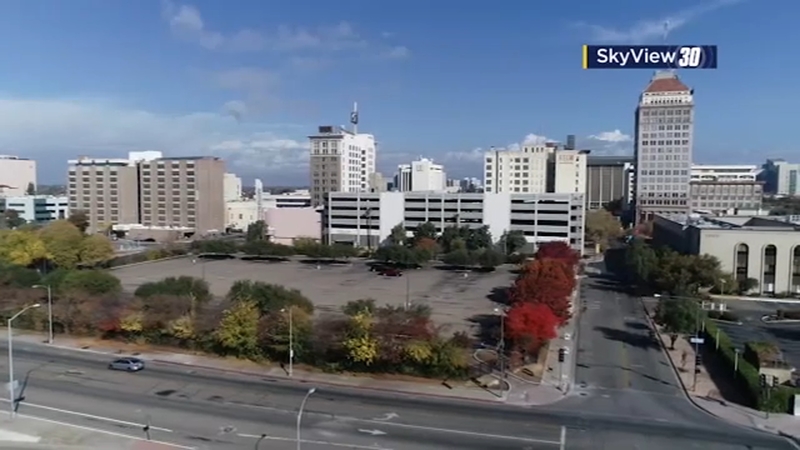 FRESNO, Calif. (KFSN) -- The battle of the budget has started in Fresno's City Hall.

One week after Fresno Mayor Jerry Dyer proposed his 2022 city budget, members of the Fresno City Council braved the heat to present their own proposal.


The initiative is called "Rebuild Fresno." Fresno City Council President Luis Chavez seized on the Mayor's "One Fresno" campaign slogan to point out historical inequities in the city.

Chavez said, "We always talk about 'One Fresno.' I can tell you that we can't get to 'one Fresno' unless we rebuild Fresno, and it's going to start with rebuilding a lot of these neighborhoods that are over a hundred years old."

Council President Chavez joined with councilmembers Nelson Esparza and Miguel Arias to offer up their vision for the future of Fresno.

The five-year strategic plan is focused on rebuilding the city's oldest neighborhoods - that they represent.

Last Wednesday, the Mayor presented a $1.4 billion plan - with a vision to beautify the city and invest in the fire department.

The trio proposes spending to rebuild the city, focusing on infrastructure, redevelopment and rapidly increasing the housing stock in the city.

Esparza said, "We're no longer doing these marginal incremental investments, we want to go big, we want to go for the hail-mary, throw the long ball in and really make a major investment of about $300 million over these next five years directly into the most disadvantaged neighborhoods here in Fresno."

Councilman Arias says the city has the money to spend.


Also, the city of Fresno has received half of the allocated $177 million from the American Rescue Plan.

Esparza says the council wants the budget to look beyond just this one fiscal year.

Councilman Arias said, "The mayor has done his part; he's proposed a budget. It's now time for the city council to step forward and put neighborhoods in the forefront of that budget and come up with a long-term plan to rebuild the city."