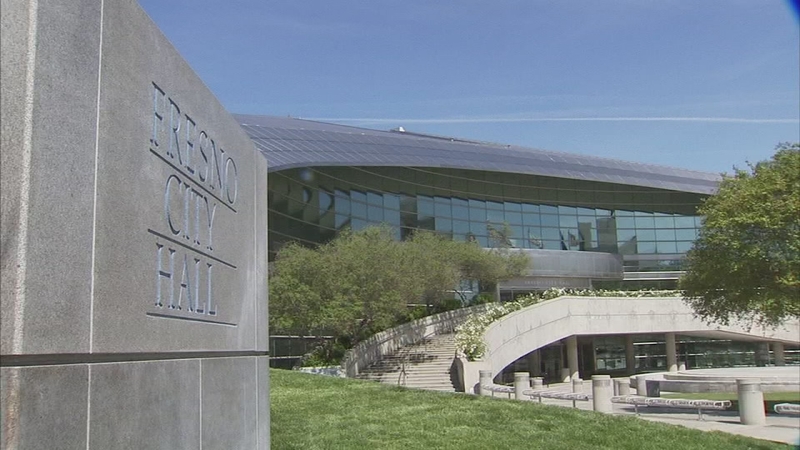 FRESNO, Calif. (KFSN) -- Fresno City leaders are still working to approve a balanced budget after the council announced Tuesday it was postponing its vote until Thursday's meeting at the earliest.

It's been an unusual and at times complex and contentious budget year for city leaders.

At the crux of the argument is taking an expected $9.9 million from a 13th month of sales tax revenue and depositing it into the city's reserve.

"It's not uncommon for cities to recognize the 13th month," said Fresno Mayor Lee Brand.

The council was forced to make similar adjustments to the budget in 2012 to keep the city operating in the black.

"There's no hidden money. This is the way you do things. You can characterize anyone you want but to me taking money like that and spending it that would not be would I recommend," said Brand.

But council President Esmeralda Soria disagrees. Soria would rather spend part of the $9.9 million on a new fire station in Northwest Fresno.

"I believe in a healthy reserve, but I also believe in investing those taxpayer dollars in those things that our community needs," said Soria.

The Northwest fire station is much needed but council member Steve Brandau is with the mayor on how to pay for it and deposit the entire $9.9 million into the city's rainy day fund.

"That frees up the money that we were going to put in the reserve, which is $3.5 million. I made a motion to put that $3.5 million into a fire station west of (Highway) 99," said Brandau.

The city is experiencing its best fiscal health in years, but the mayor says there is still room for improvement and tucking the nearly $10 million away will go a long way to do just that.

"We've got a reserve that's hopefully up to ten percent or $34 million; we got our credit rating up to A+, we've got a fully funded pension system. Fresno is doing pretty good but not good enough. I want to set the bar high," said Brand.