Action News crews were at the scene as police searched for the child, and saw the child's mother crying hysterically as she spoke to officers.
KFSN 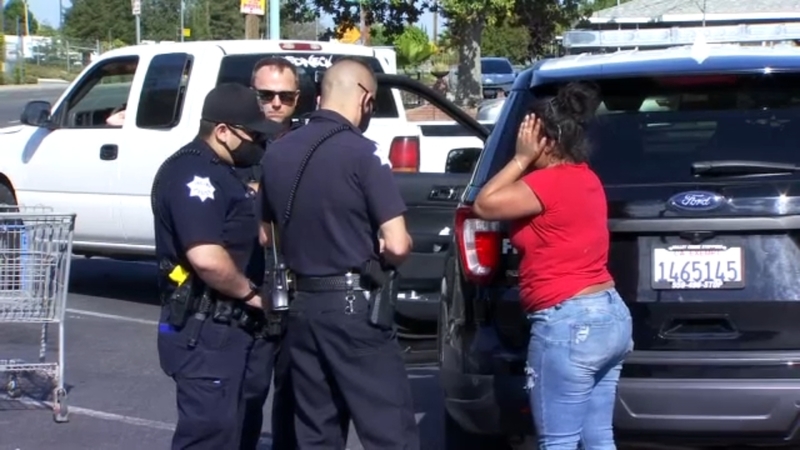 FRESNO, Calif. (KFSN) -- Fresno police have rescued a 1-year-old child who went missing after the car the child was in was stolen, police say. The suspected car thief has also been arrested.

The incident happened on Church and Cedar Avenues at about 3:45 pm.

Action News crews were at the scene as police searched for the child, and saw the child's mother crying hysterically as she spoke to officers.

She told police she was driving with the suspect in the passenger seat, and her child was in the back seat when they drove to a store in the area of Chestnut and Church.

When she left the car to smoke a cigarette and was standing about 5 to 6 feet away, the suspect slid onto the driver's seat and drove away.

That's when the distraught woman called 911.

Minutes later, the suspect dropped off the toddler unharmed at a nearby location. Officers searched the area for the suspect and located him in the area of Orange and Butler. He was taken into custody.

Fresno police say they do not yet know the relationship between the woman and the man, but say the two knew each other.