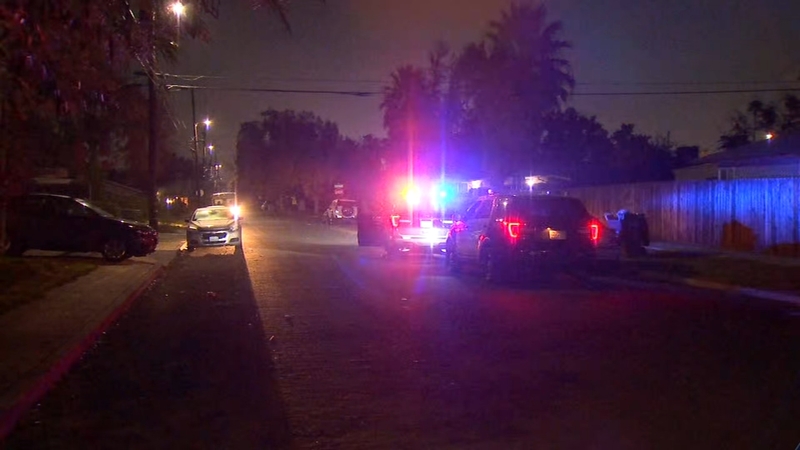 FRESNO, Calif. (KFSN) -- A suspect crashed into a police patrol car during a chase in central Fresno Tuesday night.

Officers spotted a 25-year-old man who had an arrest warrant.

They tried approaching him near Saginaw and Thorne but then he sped off in a car.

Police called off the pursuit once the suspect started driving dangerously.

A helicopter unit helped officers track him down near Fedora and Garland.

Once officers surrounded him there, the suspect reversed his car right into a patrol unit.

The suspect kept driving away until his car broke down near Harvard and Del Mar.

Police safely took him into custody.