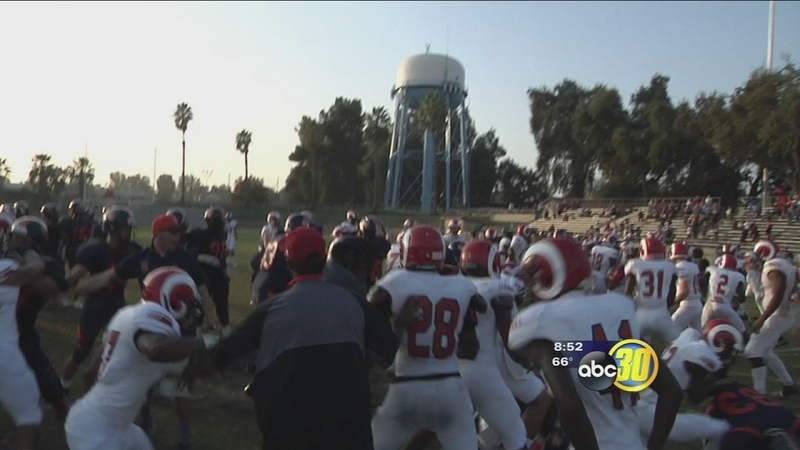 A hard-fought football game between Fresno City College and College of the Sequoias turned ugly when the two teams exchanged handshakes after the game in Visalia. Fresno City won the game 36 to 28 and afterward both teams went into the customary handshake when all of a sudden, a brawl broke out.

Both coaching staffs did their best to break things up but numerous scuffles broke out for several minutes.

"I have to look back at the film and that type of stuff," Rams head coach Tony Caviglia said of possible discipline.

The COS Police Department is investigating what happened and school officials said they are looking into the matter.

"We would like to apologize to the fans. This type of behavior is unacceptable and does not reflect the Fresno City College athletic standards. The situation will be dealt with immediately."

The athletic directors of each school issued the following statements:

Eric Swain (Fresno City): "We are currently reviewing film and working with our league commissioner. We would like to apologize to the fans. This type of behavior is unacceptable and does not reflect the standards of Fresno City College's Athletic Department."