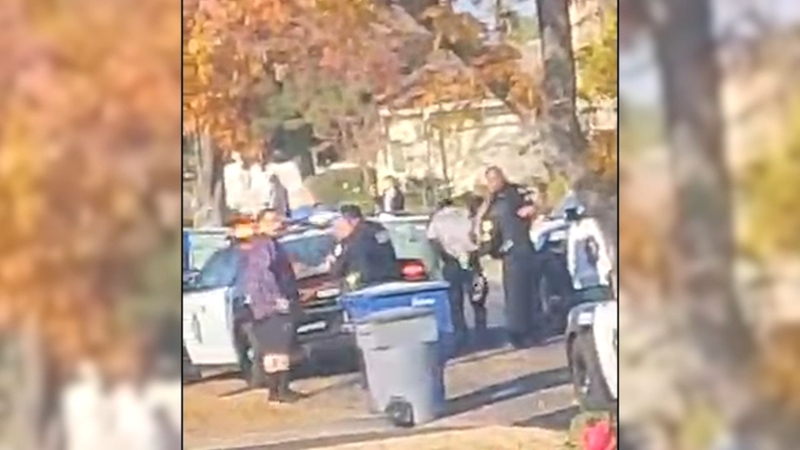 FRESNO, Calif. (KFSN) -- Fresno Police say a Fresno City College student is in custody after he went to an instructor's house with a gun and got into a "physical disturbance" with her Thursday morning. The incident happened in Central Fresno.

Witnesses tell Action News the student, who has been identified as Rudolfo Brambila, was holding the woman at gunpoint after a tense showdown in the backyard of the instructor's home.

Detectives say Brambila's exact motive is still unknown, but police know he was mad about a complaint the teacher filed related to his behavior which the female instructor felt was inappropriate.

Police say he had her in a headlock with a small-caliber gun to her head. Investigators also said Brambila had a backpack with zip ties and twine and had homemade body armor on.

Two neighbors with law enforcement experience stepped in to help.

When the police arrived at the house, the suspect surrendered to officers. Video shared by an ABC30 insider showed the suspect in handcuffs and several police cars along the street.

Fresno City College officials would not comment on the nature of the complaint or whether Brambila is a current student.