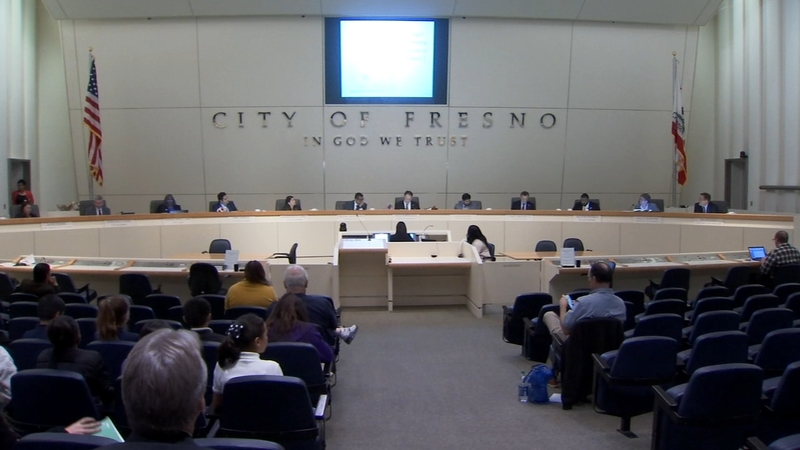 FRESNO, Calif. (KFSN) -- Fresno City leaders are on the pursuit to stop closed-session business information from being leaked to the public.

Thursday, the council discussed an ordinance that would make releasing or publishing the city's attorney-client privileged information a misdemeanor.

Those who support the ordinance say information leaks have become a serious problem for the city over the years.

Councilmember Mike Karbassi says he wants to hold elected officials accountable while protecting taxpayers. He believes that will start with preventing confidential information from being leaked out of closed sessions at City Hall.

Karbassi is co-sponsoring an ordinance that calls for the City Attorney to prosecute offenders.

"If someone without the majority of the council chooses to disclose that information that person can be charged with a misdemeanor," said Karbassi.

Under the proposed ordinance, information discussed could only be released by a City Council majority vote.

"There are certain things we have to able to discuss in confidence but everything is posted beforehand and any votes or decision are disclosed afterward so the public is included in that process," Karbassi said

Council VP Miguel Arias pushed back on the mayor's claim that leaked information has the potential of costing the city millions.

"I can say there have been circumstances when the council approved an amount to be offered in a settlement or labor negotiation and then it became apparent that our opponent knew that number as we went into negotiations," the City Attorney said.

Councilmember Garry Bredefeld is co-sponsoring this ordinance alongside the Mayor.

"Every time this council meets, the issue comes up of what was leaked and we all have to deal with it. It's a serious issue," Garry Bredefeld said.