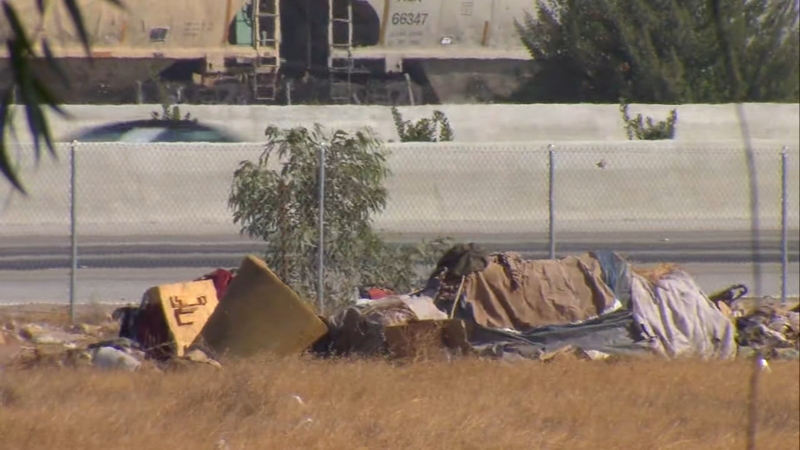 FRESNO, Calif. (KFSN) -- The areas along many Fresno freeways and off-ramps are being littered with debris and large homeless encampments - and it appears the persistent problem has only gotten worse since the pandemic hit

"It's completely inhumane and a complete disgrace that Governor Newsom has mandated basically this is what it is. And now they're trying to turn Fresno into San Francisco," he says.

The City of Fresno is working with Caltrans to clean up the areas along freeways but it is the department's responsibility to maintain the embankments.

However, the agency released this statement to Action News:
"Due to concerns over COVID-19 and to limit its potential spread among the homeless population, Caltrans has temporarily suspended encampment cleanups unless there is an immediate safety concern."

"We have to fight this, we should be suing him. Unfortunately, we have a mayor and radicals on the City Council that are fine about this because they're not suing him."

The California Highway Patrol is responsible for removing people from homeless camps but even officers have been told to only intervene if there is an immediate safety concern.

"When you tell law enforcement that you can't do your job and allow these people to be out there... When you can't stop people from committing crimes, when you can't put them in jail, the excuse being COVID, when there's no accountability and a 'zero bail policy', what you get is havoc in the streets and nightly murders. And that's what we're seeing in Fresno," says Bredefeld.