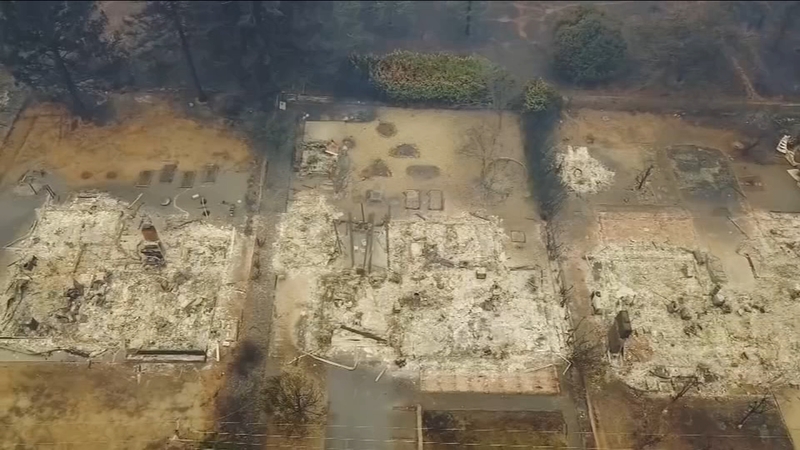 Coroners from Fresno County were called in to help with the recovery efforts.

Jeff Gentry, a deputy coroner, was sent to the Camp Fire last week. He spent days searching for people who did not escape the fire.

"It was intense, like nothing I've ever seen before," he said.

He recalled their first day up at the Camp Fire.

"I was just wondering how we are going to handle this. I could see why the requested the mutual aid," he said.

"We were on hands-on knees with masks, searching through buildings," Gentry said.

They were hoping to find as many people as possible.

He mentioned how they had to carefully sift through the debris and ash left behind. Anthropology groups were on standby if searchers found anything.

During their search, the team found at least 12 people. However, several more were found by other teams.

Gentry was able to come back home as another team of coroners from Fresno went to assist.

"When I got home the first thing I did was hug my wife and kids and tell them that I love them I hope out community never has to go through something like this," he said.

However, the search continues and rain will impact recovery efforts.

Gentry said the ground is so soft and most the buildings are ash.

Even though it was hard to be there Gentry is glad he was able to help and hopefully give closure to families whose loved ones never made it out.

Gentry added he feels so sorry for the families, but also the local first responders in the area.

"I felt sorry for the agencies that were working there. Mos the people that were local that I was working with they were actually evacuating people and savings people's lives and the very next day they were out during recoveries of people that passed away," Gentry said.