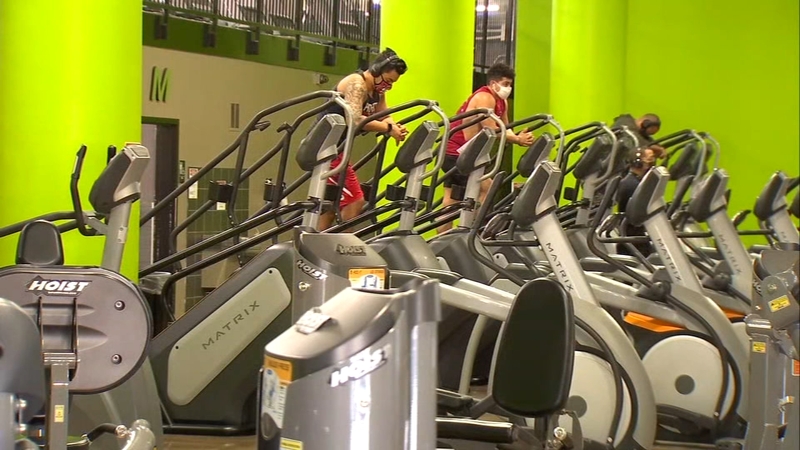 FRESNO, Calif. (KFSN) -- The workouts are continuing at Fit Republic in Fresno. Fitness fanatics are wearing masks, lifting weights, and getting in some socially distant cardio.

For owner Christopher Montoya, it's been a delicate balance between the legality and morality of staying open during the pandemic.

"That's the difficult part - who do we stand up for? Do we just roll over and go those other people don't matter? I think we've lost track somewhere in that whole deal," he says.

Montoya owns 10 fitness clubs throughout the state. In all, he employs 250 people and says he feels obligated to provide a living and stability for them. He's also heard from many members who need to work out for various reasons.

"I got a message the other day that said the state has signed my death warrant. It said I've been in and out of the hospital with diabetes issues and I really need the gym. And so for me, we take that personally," he says.

But state health officials have said indoor fitness facilities put people at greater risk of contracting COVID-19. By keeping the doors open, he's violating the current stay-at-home order and local guidelines. He's already been fined once by the City of Fresno.

"We're just navigating this the best we can and trying to stay open as long as we can," he says.

Councilman Luis Chavez says the only businesses issued fines during the recent shutdown have been those with blatant and egregious violations.

"The council as a whole made a decision to not go after businesses that were making a good faith effort in making sure that they abided by those CDC guidelines and that's what our code enforcement officers have been doing," he says.

So far, during the current shutdown, only two restaurants have been cited.