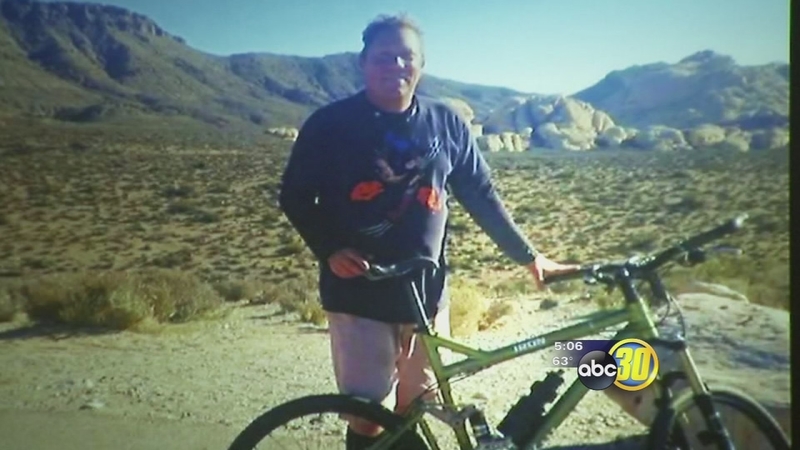 FRESNO, Calif. (KFSN) -- Loved ones and friends gathered on Friday to say goodbye to a bicyclist killed last week while riding on Friant Road.

Nick Bukilica was remembered as a man who lived life to the fullest and brought a lot of people along for the ride. Bukilica may have been 52 years old, but friends said those half his age had a hard time keeping up with his energy.

More than 400 people gathered Friday morning, some wearing Batman apparel, to honor a man who loved ones say brought a larger-than-life feeling to every room he walked into.

"But Nick did always live on the edge. He lived life to the fullest. He was my best friend," said Hal Eidal, Bukilica's father-in-law. "Even though he was my son-in-law, he was my son. He always called me Dad."

Bukilica was part of a bicycle ministry that provides bikes and repairs for kids in the inner city. Those in the group say he loved to serve others this way.

"I didn't even know Nick owned a car until last week when I pulled up to his house and there's a car there, and everyone was like that's Nicks. He rode his bike to every bike repair we had, to West Fresno and Adams and all across town. He was a cycling nut, and we loved him for it," said Pastor Mike Slayden with the Well Community Church.

"Only a short ride along Table Top Mountain. After I rode I swore I would never ride with him again. But, he convinced me it was the bike," said Eidal.

A longtime friend said the one thing that always stood out about Bukilica was his optimism and how he encouraged others constantly.

In honor of his life, the crowd was asked to give Bukilica a round of applause for a life well lived.

The crash is still under review by the California Highway Patrol. Officers say Bukilica turned into the path of a car driven by a 16-year-old. Investigators are trying to determine if excessive speed by the teen driver was a factor.