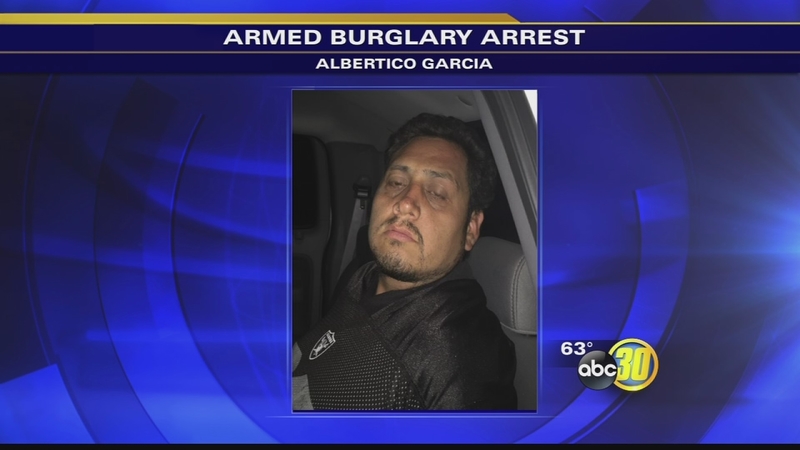 CLOVIS, Calif. (KFSN) -- A suspected burglar is under arrest after investigators said he broke into a Clovis home.

Sheriff's deputies said Albertico Garcia was inside of the home near Powers and Linda Lane when the homeowner returned. Investigators said he pointed this rifle at them-- which ended up being a pellet gun.

The homeowner escaped and ran for help.

When sheriff's deputies arrived Garcia refused to surrender so they sent in a K-9 officer.