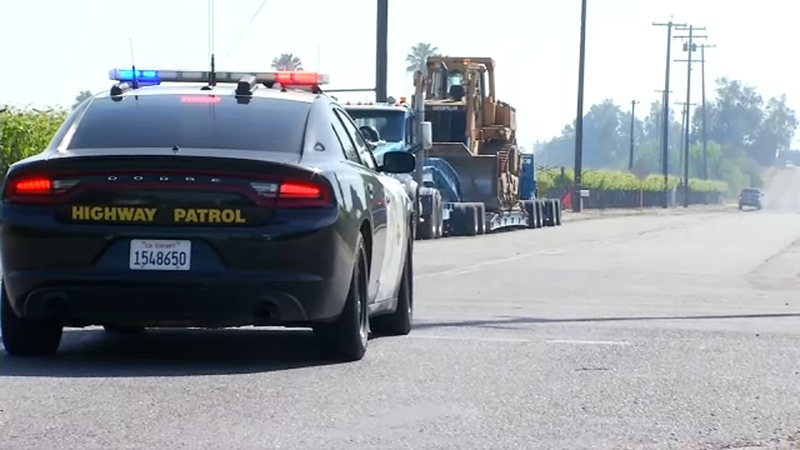 FRESNO, Calif. (KFSN) -- A man is in custody after a domestic violence incident led to a car chase and crash in Fresno County.

Authorities say the man was pulled over on the shoulder of Highway 99 when he got into an argument with a woman in the passenger seat.

At some point, the man assaulted her. California Highway Patrol officers responded to the area, but the man drove off, prompting a chase.

Officials say the suspect got off the freeway at Clovis Avenue and refused to stop.

He hit a curb, and one of his truck tires popped. That's when he left the truck and ran away to a nearby field.

Eventually, they arrested the man.

CHP officials say the woman who was left in the truck was severely injured. Paramedics treated her at the scene, and she was taken to a local hospital.

The suspect's name has not been released.