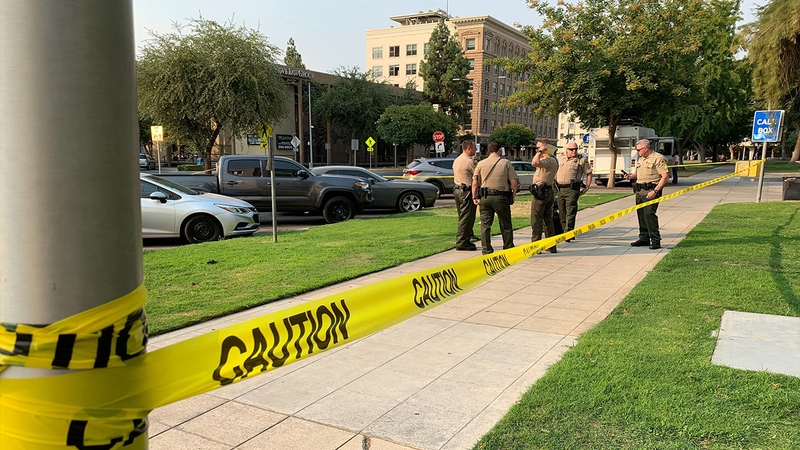 FRESNO, Calif. (KFSN) -- A man was arrested after authorities say he stabbed a woman near the courthouse in downtown Fresno on Wednesday morning.

Fresno County sheriff's deputies say the man and woman pulled up in a car around 8 a.m. The two got out of the vehicle and the man began stabbing her.

People nearby intervened and detained the man until deputies arrived.

The woman suffered significant injuries and was rushed to the hospital. She is expected to be OK.

Deputies recovered a large knife at the crime scene.

"We are not sure the relationship between the two at this time. We're still trying to figure that out, but we believe they were here because the male had a court date," said Sgt. Matt Hamilton.