KFSN
FRESNO, Calif. (KFSN) -- A man was arrested for driving under the influence after he hit another car head-on in Fresno County Sunday evening.

It happened just before 6:30 p.m. near the intersection on California and Cornelia Avenues.

California Highway Patrol officers say 56-year-old Sixto Lopez was headed east on California Avenue when he drifted into the westbound lane and crashed head-on into an oncoming Chevrolet.

Three people were inside the Chevy, including a 13-year-old and 17-year-old boys. The teens suffered minor injuries and were also taken to CRMC. The driver, 44-year-old Kenda Gutierrez, was not injured. 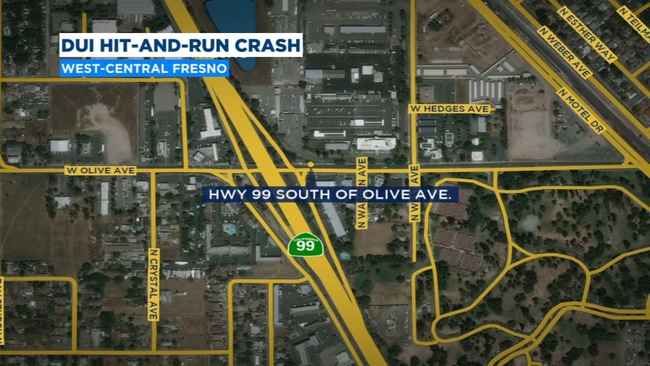