Fresno County firefighters said the flames spread into the dry grass and threatened nearby homes on the property.
KFSN 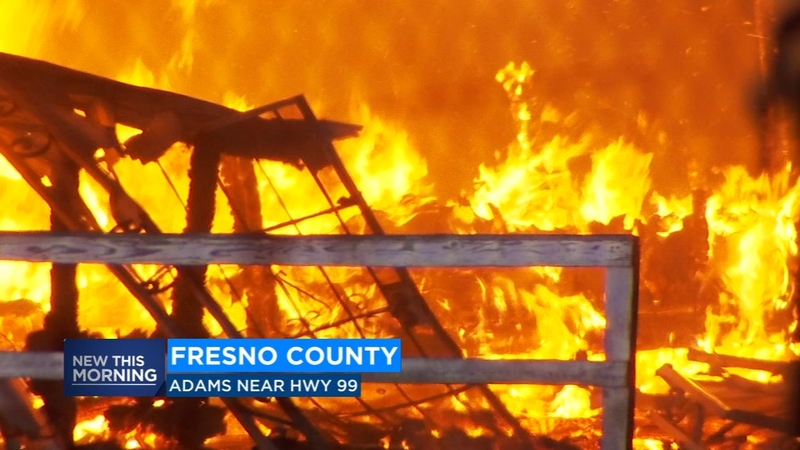 FRESNO, Calif. (KFSN) -- An investigation is underway to determine what sparked a fire that consumed a Fresno County mobile home late Tuesday night.

The fire was first reported just after 11 pm on Adams Avenue near Highway 99.

Fresno County firefighters said the flames spread into the dry grass and threatened nearby homes on the property.

The blaze burned into two acres of grass and scorched several palm trees.

Fire crews say the double-wide mobile home was abandoned and had once been used as a business building.

"It had been closed for some time. It had power still to the building. A little too early to tell if it was arson or of this was an electrical issue," said Fresno County Fire Battalion Chief Ryan Michaels.

PG&E crews were called to the scene to protect power lines.