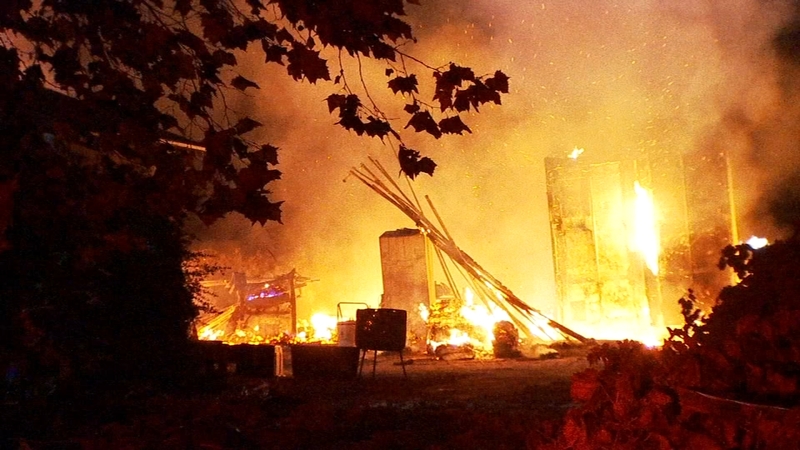 FRESNO, Calif. (KFSN) -- Firefighters spent the early hours of Monday morning putting out a large fire that burned an ag-shed to the ground, and damaged several others, in Fresno County.

Fire crews responded to the burning building near Manning and West Avenues, south of Easton, just after midnight.

The shed was engulfed in flames, and it took firefighters more than an hour to knock down the blaze.

No one was found inside the building. However, investigators said someone might have been in the shed before the fire started.

The massive fire spread to several nearby sheds and damaged a neighboring home.