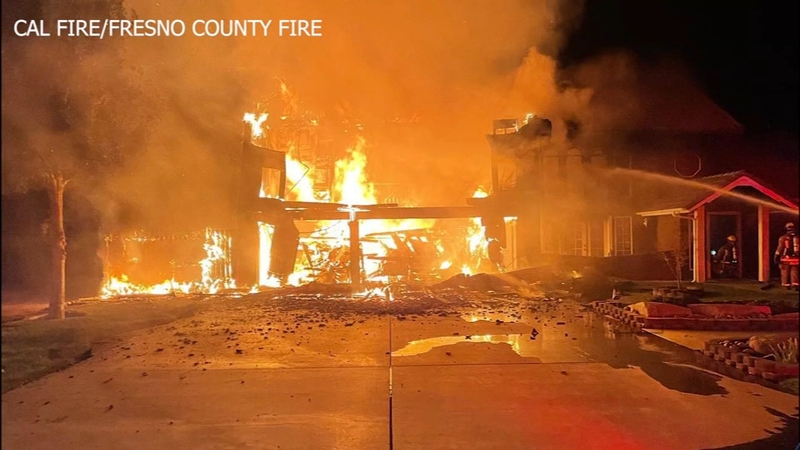 FRESNO COUNTY, Calif. (KFSN) -- A fire forced two people and their dog from their Fresno County home on Monday night.

The fire was first reported after 8:30 pm on Jameson near Manning Avenue, a few miles outside Raisin City.

When firefighters arrived, they found the garage engulfed in flames. Two cars and a golf cart burned inside it.

Fire crews tried to fight the flames from inside the house to stop the fire from spreading, but the roof partially collapsed, forcing them out.

"They did have solar on the structure. That was a little bit of a challenge. I think that assisted to parts of the collapse. Just the weight of the solar panels contributed to some of that collapse," said Fresno County Fire Battalion Chief Dan Urias.

Jameson Avenue was closed off for several hours while crews worked the scene.